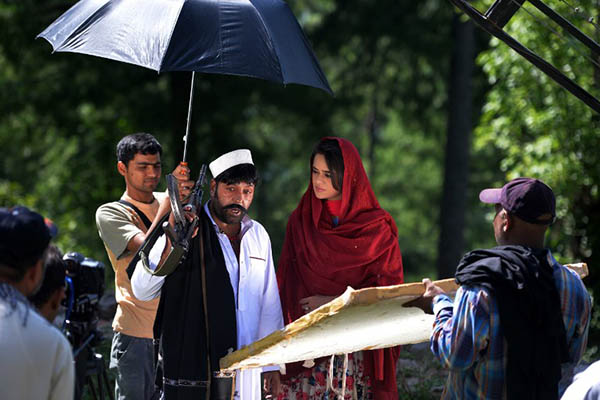 There was a time, for nearly a decade after 1956, when Pakistani cinemas screened films from India without any controversy. Pakistani films too came along nicely but the competition from the Bollywood fare was tough. Then serial Pak-Indo wars began to intervene and Indian movies became “subversive” to Pakistani identity and were subsequently banned. That was good for the Pakistani film industry and it took off along with some regional stuff in Lahore and Peshawar. Indian films too were seen on video cassettes in dark rooms; and they were getting better by the day. Then came the constitutionally imposed pieties of General Zia and cinemas began to be converted into shopping plazas. Vulgarity got a new name.

Today, in 2018, people talk of reviving the shuttered film studios of Pakistan but most believe they cannot succeed unless the government bans Indian films once again. The European film industry was literally shut down by Hollywood but no one there thought of banning Hollywood films. There is also reason to question why Pakistan feels bad about importing “enemy” films when all-weather friend China doesn’t have the same concerns: Indian films make big money there without endangering the country’s national identity. Meanwhile Pakistani actors who tried to escape the dearth of cinema in their homeland by performing in Bollywood movies are now being harassed by censor boards devolved dangerously to the provinces. Indian mobs too have moved to stop this natural trend of Pakistani actors acting in Indian productions.

Cinema would have been allowed to die for ideological reasons but the economics of it got in the way. Closing a cinema means depriving thousands of people of livelihood. The idea of reviving Pakistani cinema by banning Indian movies is unrealistic because the total number of cinemas in the country has slumped alarmingly to 129. First the cinemas must be allowed to flourish by letting the entertainment-starved citizen see the undeniably well-produced Indian and Hollywood movies. Then the ideologically blindsided censor boards must be prevented from haranguing Pakistani filmmakers. What the people of Pakistan need is good entertainment and the humanizing culture of the cinema that the country has lost.