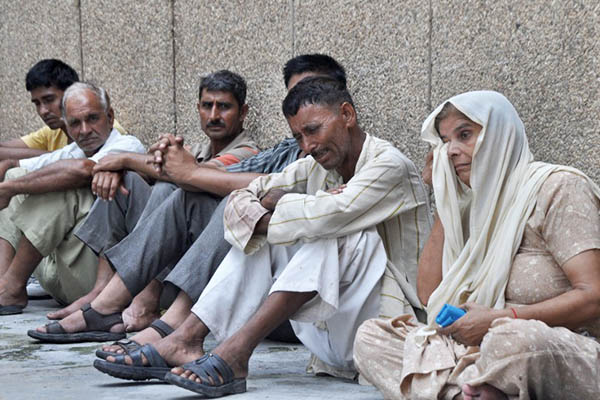 Neighboring nations accuse each other of ‘unprovoked’ firing, as three civilians killed on both sides of the Line of Control.

Three civilians were killed on Tuesday in heavy exchanges of fire between Indian and Pakistani troops along their border in the south of the disputed territory of Kashmir, officials from the rival sides said.

“One young man died during the shelling. We are asking residents in the area to remain confined to their homes,” said Danesh Rana, inspector general of police in the Indian-administered part of the region. The man was hit when a mortar bomb fired from the Pakistani side of the border landed near his house in the Pargwal sector, Rana said.

Pakistan’s foreign ministry accused Indian troops of “unprovoked firing” and targeting villages across the border that killed two civilians aged 14 and 22 and injured seven. “The Government of Pakistan lodged protest with the Government of India on the latest unprovoked ceasefire violations by the Indian security forces,” the ministry said in a statement.

An Indian Border Security Force official, speaking on condition of anonymity, said the exchange started in the morning when guards noticed “suspicious movement” in the bushes near the border and fired. “It was an attempt at infiltration. The Pakistan side soon fired heavy weapons which is being retaliated [by Indian troops],” the official claimed.

A ceasefire agreement signed by the rivals in 2003 has largely held but each regularly accuses the other of violating it. Indian officials reported nearly 200 violations in July.

India’s defense minister told parliament recently that Pakistan had violated the ceasefire over 1,000 times since the agreement, while Pakistan regularly registers complaints of violations by India to a U.N. mission which monitors the border.

In July at least five civilians and two soldiers died on both sides during cross-border firing.