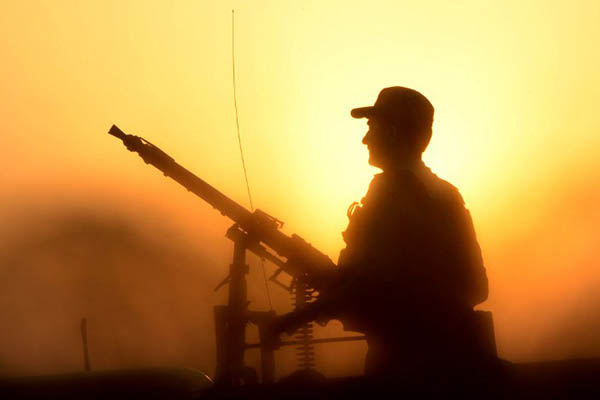 Five soldiers of the Frontier Corps were martyred on Friday after terrorists targeted them in Balochistan’s Sibi area, according to a statement issued by the military’s media wing, the Inter-Services Public Relations (ISPR).

“During the exchange of fire, heavy losses were inflicted on the terrorists in men and materials,” read the statement, though it did not specify how many militants had been killed by the retaliatory fire. It identified the five martyred soldiers as Havildar Zafar Ali Khan, Lance Naik Hidayatullah, Lance Naik Nasir Abbas, Lance Naik Basheer Ahmed, and Sepoy Noorullah.

“A sanitization/search operation is in progress to block the escape routes of the terrorists and apprehend the perpetrators,” said the ISPR. “Such cowardly acts by inimical elements, backed by hostile intelligence agencies, cannot sabotage the hard earned peace and prosperity in Balochistan,” it added

The ISPR statement stressed that such attacks did not diminish the morale of Pakistan’s armed forces. “Security forces are determined to neutralize their nefarious designs even at the cost of blood and lives,” it said.

In a posting on Twitter, Interior Minister Sheikh Rashid Ahmed condemned the terrorist attack and offered prayers for the martyred soldiers. “Terrorists cannot demoralize us by carrying out such cowardly attacks. The state will fight against terrorists will all its might,” he said and praised the Frontier Corps Balochistan for their many sacrifices for Pakistan’s safety and security.

There has been an uptick in extremists violence across Pakistan in recent months, with a bombing in Lahore earlier this week leaving 3 dead and 24 others injured. Earlier this month, four soldiers from FC Balochistan also embraced martyrdom in a bombing.