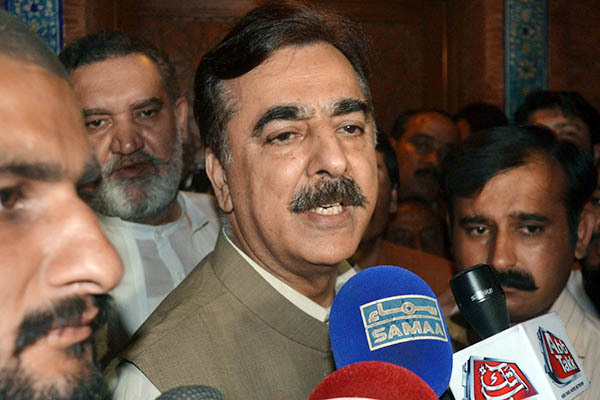 Quoting leaked documents, The Washington Post claims Pakistan’s government was briefed on drone strikes up till 2011.

The Washington Post on Wednesday quoted leaked secret documents as saying Pakistan had been regularly briefed on strikes up till late 2011 and in some cases had helped choose targets. The purported evidence of Islamabad’s involvement came as Prime Minister Nawaz Sharif met U.S. President Barack Obama at the White House and urged him to end the attacks, which are widely unpopular with the public.

A Pakistani foreign ministry spokesman said the anti-drone stance of the Sharif government, elected in May, was clear and any past agreements no longer applied.

Pakistani security officials claimed the story was a U.S. attempt to undermine Sharif’s position and reduce criticism of the drone campaign, days after an Amnesty International report warned some of the strikes could constitute war crimes.

The Washington Post’s revelations concerned strikes in a four-year period from late 2007, when military ruler Pervez Musharraf was in power, to late 2011 when a civilian government had taken over.

Gilani, prime minister from 2008 until June last year, vehemently denied giving any approval for drone strikes. “We have never allowed Americans to carry out drone attacks in the tribal areas,” said Gilani. “From the very beginning we are against drone strikes and we have conveyed it to Americans at all forums.”

Islamabad routinely condemns the strikes targeting suspected Taliban and Al Qaeda militants in its northwest tribal areas. But evidence of collusion or tacit approval has leaked out in recent years.

A diplomatic cable from then-U.S. ambassador Anne Patterson, dated August 2008 and released by Wikileaks, indicated Gilani had agreed to the strikes in private. “I don’t care if they do it as long as they get the right people. We’ll protest in the National Assembly and then ignore it,” the leaked cable quoted him as telling U.S. officials.

In April this year Musharraf told CNN that he had authorized drone strikes in Pakistan while he was in power. Musharraf’s spokesman Raza Bokhari said on Wednesday: “There were less than 10 strikes, all of which targeted militants, and (a) few of them were a joint operation between United States and Pakistan in locations that were not accessible to ground forces of Pakistan.”

The Post said top-secret documents and Pakistani diplomatic memos showed the Central Intelligence Agency, which runs the drone program, had drafted documents to share information on at least 65 attacks with Pakistan.

In one case in 2010, a document describes hitting a location “at the request of your government” and another refers to a joint targeting effort between the CIA and Pakistan’s Inter-Services Intelligence agency.

A senior Pakistani security official flatly denied any official deal to help with the drone campaign. “There has never been official arrangement at the strategic or government level,” he said on condition of anonymity. “The purpose of giving such stories is nothing but face-saving. Americans are trying to dilute the growing pressure by using back channels and making Pakistan a party to the whole issue.”

A second security official said Washington wanted to spread responsibility as it was coming under increasing pressure from rights groups to halt the drone campaign.

The U.S. has carried out nearly 400 drone attacks in Pakistan’s restive tribal districts along the Afghan border since 2004, killing between 2,500 and 3,600 people, according to the London-based Bureau of Investigative Journalism.

Sharif this week called drone strikes a “major irritant” in ties with the U.S., which have recovered significantly after a series of crises in 2011 and 2012, including a U.S. special forces raid inside Pakistan to kill Osama bin Laden.

Foreign ministry spokesman Aizaz Ahmad Chaudhry said the current government’s position was clear—drones were a violation of sovereignty and must stop. “Whatever understandings there may or may not have been in the past, the present government has been very clear regarding its policy on the issue,” he said.