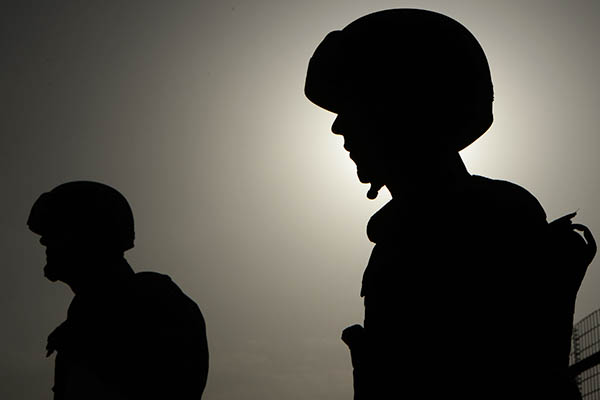 The Inter-Services Public Relations (ISPR) on Tuesday announced that four soldiers were martyred after their convoy was targeted by a suicide bomber in the Mir Ali area of North Waziristan.

According to the military’s media wing, the martyred soldiers have been identified as Lance Naik Shahzaib, 22, a resident of Mansehra; Lance Naik Sajjad, 26, from Ghizer; Sepoy Umair, 25, of Kohat; and Sepoy Khurram, 30, a resident of Narowal. It said intelligence agencies had launched a probe into the incident to determine details about the suicide bomber who carried out the attack and further information on his handlers and facilitators.

The “Pakistan Army is determined to eliminate the menace of terrorism and such sacrifices of our brave soldiers will not go unpunished,” the ISPR added.

Condemning the militant attack, Prime Minister Shehbaz Sharif issued a statement expressing grief over the martyrdom of the four soldiers. Emphasizing that the nation would not be deterred from its resolve to eradicate terrorism, he vowed that militants would not be allowed to succeed in their nefarious plans.

The prime minister also prayed to Allah to grant a place in heaven to the martyrs and to give patience to their bereaved families.

Similarly, President Arif Alvi also condemned the attack and expressed grief over the martyrdom of Pakistan Army soldiers. In a series of posts on Twitter, he said “such cowardly attacks cannot weaken our resolve to rid the country of the scourge of terrorism and all its manifestations.”

There has been a recent surge in terrorist attacks on security personnel in the erstwhile tribal areas, with North Waziristan reporting the bulk of such incidents. Last month, at least 10 security personnel were injured when a suicide bomber targeted a convoy of security forces in the area.

Local residents have repeatedly warned of the mounting threat of terrorists, especially following the security establishment’s decision to commence “peace talks” with the Pakistani Taliban, who are currently based in Afghanistan, where they enjoy the patronage of the interim government formed by the Afghan Taliban.