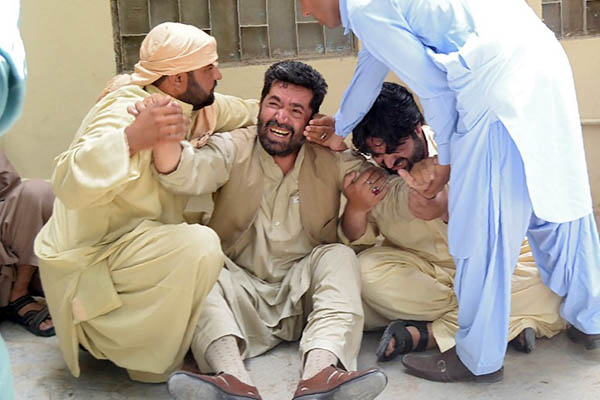 The incident took place in Quetta, the capital of Balochistan, which has been wracked by separatist and Islamist violence for more than a decade.

Mohammad Tayyab, a senior Quetta government official, confirmed the attack and casualties. Both described the incident as “an act of terrorism.” No group has yet claimed responsibility.

The killing came four days after a bomb killed a high-profile police chief and his guard while wounding 11 others in Chaman, a tense border town in Balochistan. Local media reported the Islamic State group had claimed the Chaman attack.

The country has been battling Islamist and nationalist insurgencies in mineral-rich Balochistan since 2004, with hundreds of soldiers and militants killed in the fighting. Bordering Iran and Afghanistan, it is the largest of Pakistan’s four provinces, but its roughly seven million inhabitants have long complained they do not receive a fair share of its gas and mineral wealth.

A greater push toward peace and development by Pakistani authorities has reduced the violence considerably in recent years.