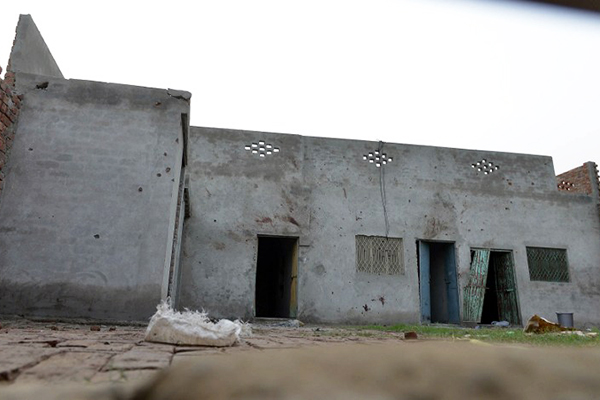 Pakistani police and counterterrorism forces raided a house near Lahore early Monday and killed four Taliban militants, according to officials.

Acting on a tip, the team conducted the raid in the Pathan Colony of Ferozewala, some 18 kilometers north of Lahore.

“We had intelligence information about the presence of suspected militants in a house and when a police party was sent there, the suspects opened fire at them,” said Punjab’s Home Minister Shuja Khanzada. “Three militants were killed and the fourth blew himself up; two others were wounded and captured.” The militants, he said, were linked with the Pakistani Taliban.

Pakistan Army says it has killed more than 2,700 militants since launching an offensive on the Pakistani Taliban’s main base in North Waziristan tribal agency in June last year, and destroyed more than 800 of their hideouts.