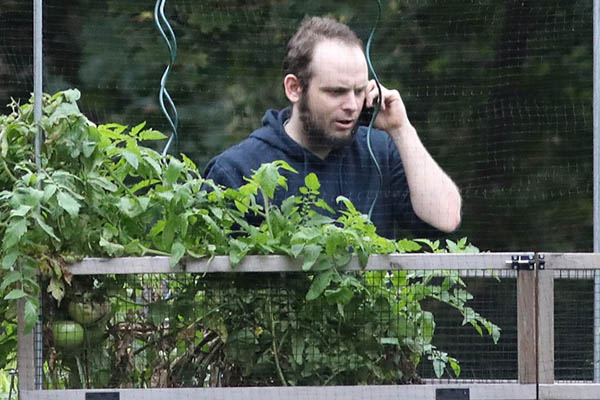 Freed hostage Joshua Boyle has told public broadcaster CBC his children are exploring their new home in Canada but are still very fearful after a brutal years-long ordeal at the hands of Taliban-linked kidnappers.

Boyle and his American wife and three children were freed on Wednesday in Pakistan after five years of captivity at the hands of the Haqqani Network, a militant group that operates on both sides of the Afghanistan-Pakistan border.

In a chilling statement upon the family’s arrival in Toronto, Boyle accused his kidnappers of murdering their infant daughter and raping his wife, Caitlan Coleman. He said his priority now was to protect his family. In a message sent later to Canadian media from his parents’ hometown of Smith Falls, around 80km from Ottawa, the 34-year-old said the family had safely arrived in the first real “home” his children had ever known.

In remarks emailed to CBC, he said the children—boys aged four and two, and a girl just four months old—were starting to adapt to new surroundings after their harrowing ordeal. The CBC said Boyle told them his four year-old was examining post-it notes and curtains and board games.

“Everything in the house, he said, is a wonderland to him, and that said, he is still terrified to leave the house, even to go out on the porch,” CBC correspondent Susan Armiston said. Boyle said his two-year-old was “nearly as distressed as he was in prison” but his baby girl while scared had also discovered “there are more decent people in the world than she ever knew,” Armiston said.

Boyle and his wife were kidnapped by the Taliban-linked Haqqani Network in a remote area of Afghanistan in 2012. The family was freed on Wednesday by Pakistani troops acting on U.S. intelligence.

Visibly angry, Boyle told reporters the network had ordered the killing of their baby—a fourth child, whose existence had not previously been known—as retaliation for his refusal to accept an offer from them. “The stupidity and evil of the Haqqani Network’s kidnapping of a pilgrim and his heavily pregnant wife engaged in helping ordinary villagers in Taliban-controlled regions of Afghanistan was eclipsed only by the stupidity and evil of authorizing the murder of my infant daughter,” he said.

Boyle also said his wife had been raped, not by a lone guard but with the aid of the captain of the guard and a Haqqani commander he identified as Abu Hajr. The Haqqani Network is headed by Sirajuddin Haqqani, who is also the Afghan Taliban’s deputy leader.

Boyle said both incidents took place in 2014, some two years after they were taken captive. He said the Taliban had confirmed the crimes took place, in an investigation in 2016, and called on the group’s leaders to take action against the “criminal miscreants.”

Boyle said his focus was now on rebuilding a life for his wife and children. “Obviously it will be of incredible importance to my family to build a secure sanctuary to call a home, to focus on edification and to regain some portion of the childhood they have lost,” he said.

But questions remain about how Boyle and his pregnant wife found themselves in Taliban-controlled territory, and Coleman’s father lashed out at his son-in-law in an interview on ABC. “Taking your pregnant wife to a very dangerous place, to me, and the kind of person I am, is unconscionable,” said Jim Coleman.

Before marrying Coleman, Boyle was briefly married in 2009 to Zaynab Khadr, the sister of Canadian-born Omar Khadr, who was captured in battle as a teenager in Afghanistan in 2002 and held for a decade in the U.S. military at Guantanamo Bay. Boyle was active in the campaign to win Khadr’s release from Guantanamo and his transfer to Canada in 2012, where he was freed on bail in 2015.

On Thursday, Canadian Foreign Minister Chrystia Freeland said Boyle was not a target of any investigation. In a video broadcast by CBC, which said it was shot by the Pakistani military following their release, Boyle claims that the vehicle they were traveling in was “riddled with bullets,” and praised the soldiers for shielding his family from the gunfire.