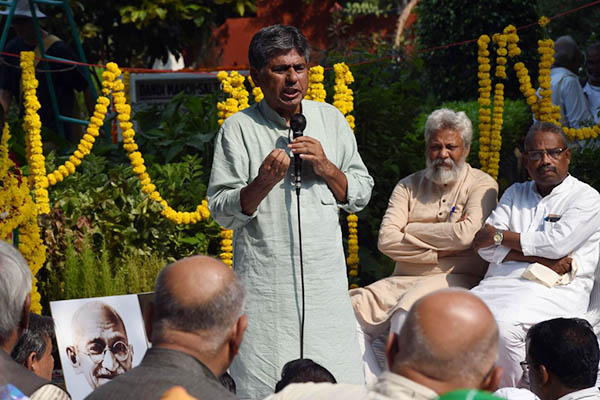 Followers of peace icon and India’s independence hero Mahatma Gandhi kicked off a yearlong global march for peace in New Delhi on Wednesday, as the nation marked the 150th anniversary of his birthday.

The “Jai Jagat” march, which means “hail world” in Hindi, will cover 10 countries over 14,000 kilometers, and finish up in Geneva.

The participants hope to promote the values of Gandhi, a champion of nonviolent resistance who waged a lifelong campaign against oppression, which culminated in India’s freedom from British rule. “If this [non-violence] is possible in India, it’s possible globally,” march organizer Rajagopal PV told AFP. “So we thought a global action called ‘Jai Jagat’ would address many global problems.”

The activist said the march would include talks and training programs on how to address issues such as poverty and climate change using peaceful methods.

Claire Lhermitte, who was among several hundred people taking part in the start of the march, said she wanted to learn about sustainable development. “I absolutely had to find solutions and the walk is precisely that, we will go from town to town to learn from the experiences of alternative systems that have worked,” the 21-year-old, who is from Toulouse, told AFP.