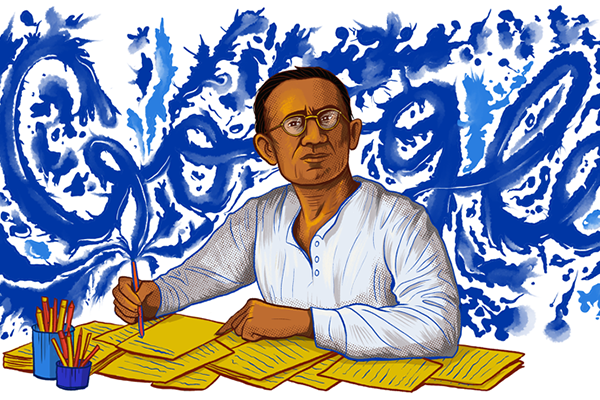 The prolific writer—who produced around 22 collections of short stories, a novel, five radio plays, three collections of essays and two collections of personal sketches in a span of 21 years—was primarily known for his stories on the Partition of Pakistan and India.

Born into a middle-class Muslim family in Ludhiana on May 11, 1912, he died at 42 in Lahore on Jan. 18, 1955. He is widely remembered for his no-holds-barred views on perennial social issues, from patriotism to prostitution and everything in between.

Sixty-five years after his death, Manto continues to attract reverence among South Asian audiences, and has become a fixture of popular culture. Last year, Manto, an Indian film loosely based on his life, drew praise at the Cannes Film Festival. Earlier, in 2015, Manto, a Pakistani film based on the life of the author, also drew acclaim.

Manto has also been described as an inspiration by Pakistani actor Mahira Khan, and was commemorated with a postage stamp in Pakistan in 2005. In 2012, he was also posthumously awarded the Nishan-e-Imtiaz, which is awarded for achievements toward world recognition for Pakistan or an outstanding service for the country.