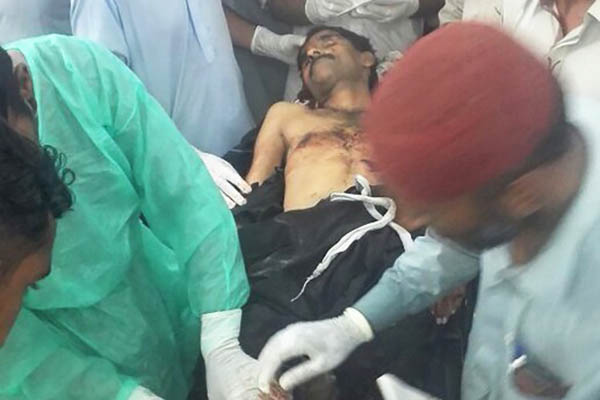 Unidentified attackers killed six people, including five police officers, when they ambushed a convoy in Balochistan on Thursday, officials said.

The attack occurred near the Gurdan area in the oil and gas rich, but desperately poor province bordering Afghanistan and Iran. “The convoy headed by a senior local administration official, Naeem Gichki, was passing by an abandoned checkpost of the tribal police…in two vehicles when they were attacked by a group of up to seven people, who were hiding in the post,” said provincial home secretary Akbar Harifall.

He said the assailants fired rockets at the vehicles in the convoy and Gichki and five local tribal policemen were killed and three others injured in the attack. Another senior local administration official Qurban Magsi confirmed the incident and casualties.

No group immediately claimed responsibility but Balochistan is plagued by roiling insurgencies and hit by regular militant attacks. It is also the site of China’s ambitious $46 billion China-Pakistan Economic Corridor infrastructure project linking its western province of Xinjiang to the Arabian Sea via Pakistan.