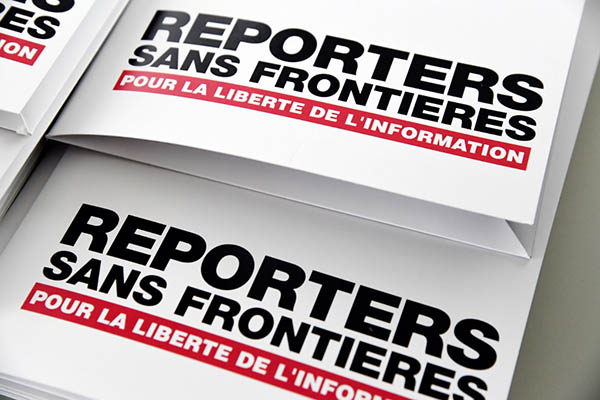 Hatred of journalists whipped up by populist and authoritarian leaders is degenerating into violence across the world, media watchdog Reporters Without Borders (RSF) warned on Thursday. And the number of countries where journalists can work safely is plummeting, its annual World Press Freedom Index revealed.

Political leaders’ hostility towards the media “has incited increasingly frequent acts of violence that have fueled an unprecedented level of fear and danger for journalists,” the report added. “If the political debate slides towards a civil war-style atmosphere, where journalists are treated as scapegoats, then democracy is in great danger,” RSF chief Christophe Deloire said.

Press freedom was in good health in less than quarter of the 180 countries covered by the index, with the United States sliding to 48th place. The period since President Donald Trump’s election in 2016 has been one of the “American journalism community’s darkest moments,” the report added.

It linked the president’s “notorious anti-press rhetoric” with “terrifying harassment” aimed particularly at women and journalists of color.

“Never before have U.S. journalists been subjected to so many death threats or turned so often to private security firms for protection,” it added. “Hatred of the media is now such that a gunman walked into the Capital Gazette newsroom in Annapolis, Maryland, in June and killed four journalists and one other staff member,” the report added.

The Paris-based watchdog fears that the rising tide of strongman leaders “no longer seem to know any limits,” citing the gruesome murder of the Saudi columnist Jamal Khashoggi in Istanbul.

India, the world’s biggest democracy, slid two notches further into the red zone at 140th place. Six reporters were murdered there last year and RSF said critics of the Hindu nationalism espoused by its ruling party “are branded as ‘anti-Indian’ in online harassment campaigns.” Pakistan maintained its 142th ranking based on harassment of media and censorship.

Turkey, the world’s biggest jailer of journalists, was among the worst countries. RSF said “repression continued to tighten on the few critical outlets that remain,” with its biggest media group taken over by a pro-government conglomerate. It has also the dubious honor of being the only country to prosecute a journalist for reporting the Paradise Papers offshore investment leaks.

Russia, which the report branded as another “pioneer of repression,” continued to slide down the table to 149th place.

Another former Soviet republic, Turkmenistan, has sunk to the very bottom of the ranking, supplanting North Korea because of its “disgraceful… and relentless” repression of reporters. Its near neighbor Tajikistan, where most of the independent media has been forced to close, fell 12 places, sitting just above Libya, Egypt and Azerbaijan.

But the news was not all bad from the old Soviet empire, with Armenia jumping 19 places to 61st after its “Velvet Revolution” and Kyrgyzstan also climbing 15 after it ended travel bans and the threat of levying “astronomical damages” on reporters.

The previously dire situation across the border in Uzbekistan has also somewhat improved due to the “thaw that began after dictator Islam Karimov’s death in 2016,” the report added.

But there was little to cheer about in China, which remains rooted to the bottom of the list with the fourth worst record. Totalitarian Eritrea was even worse. Indeed some of the sharpest falls in press freedom were recorded in Africa.

“Journalists are being attacked with impunity” in Tanzania since President John “Bulldozer” Magufuli came to power in 2015, RSF warned, branding him a “press freedom predator.” The east African country fell 25 places, three more than Mauritania, which has locked up a blogger for condemning the use of religion to justify the slavery that is still practiced in the vast Saharan country.

But the continent also saw some spectacular progress. Ethiopia has jumped 40 places under Prime Minister Abiy Ahmed, while Gambia shot up 30, continuing the improvement after the departure of dictator Yahya Jammeh.

Angola too has seen steady gains.

The best performing countries continue to be in Scandinavia with Norway, Finland and Sweden taking the top three places.