How the U.S. Military Could Build Trump’s Border Wall 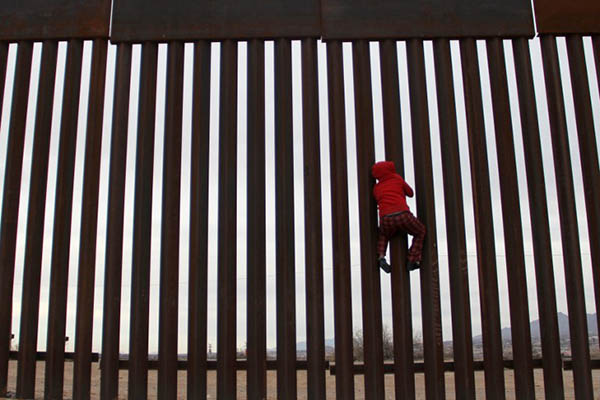 A few options to solve what the U.S. president calls ‘a humanitarian and national security crisis’

President Donald Trump gave a prime-time address on Tuesday, during which he discussed what he calls a “humanitarian and national security crisis” on the U.S.-Mexico border and argued for the construction of a wall.

Trump has said he could declare a “national emergency” that would free up Department of Defense funds for a border barrier.

Here is a look at how the U.S. military could help build Trump’s wall.

If Trump declares a national emergency, he would be able to draw on Pentagon construction funds that have already been approved by Congress for 2019. Currently, that amounts to about $10.5 billion—but most of that money is already earmarked for military housing, base improvements and various other projects.

Pentagon officials were scrambling on Tuesday to figure out how much cash they have in “unobligated” construction funds that could be easily diverted to a wall mission.

The Defense Department could also scrap or scale-back planned projects, though such a move would spark the ire of U.S. lawmakers who lobbied for the projects and whose districts would be impacted. As a candidate, Trump repeatedly vowed that Mexico would pay for a wall.

Who would build it?

The Pentagon already has about 2,350 active-duty troops stationed along the border, deployed under a controversial order Trump gave last year ahead of midterm elections. Additionally, about 2,200 National Guardsmen are supporting border operations.

The troops’ role has primarily been to erect miles of concertina-wire fencing along popular crossing points, though the soldiers are not necessarily experts at building more permanent walls.

Such a task could fall into the hands of the Army Corps of Engineers, which has decades of experience working large-scale projects. The Pentagon could flow additional troops to the border to help, or the work could be farmed out to private contractors.

The National Emergencies Act allows the president to declare a national emergency, providing a specific reason for it. That then allows the mobilization of hundreds of dormant emergency powers under other laws, and gives access to Pentagon construction funds.

Any national emergency declaration is sure to be challenged in the courts and by Democratic lawmakers. Expect lawsuits from landowners on the border at risk of having their property seized by the government, and from environmental organizations furious that Trump wants to build a wall across environmentally sensitive areas.