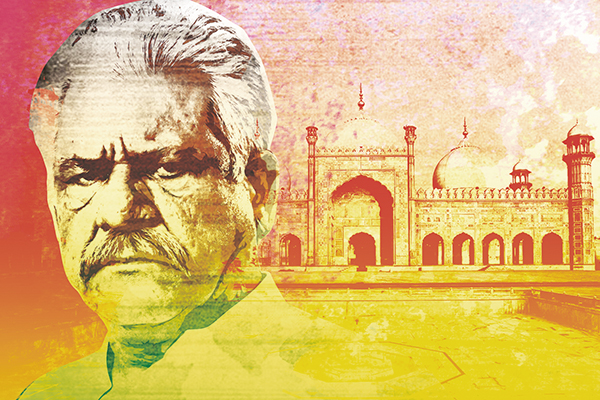 Indian actor Om Puri performed Teri Amrita, a play adapted in Punjabi from A. R. Gurney’s Love Letters (1988), in Lahore from March 12 through 15. We caught up with the 65-year-old thespian recently to discuss his work, the film business, and more. Excerpts:

What’s been your experience of Lahore?

I came to perform Teri Amrita at the Alhamra. The play was very well received by the audience; I could tell in the first five minutes. They were interactive and appreciative, and it’s so rare to have such a wonderful audience. That gave me strength and confidence. All four nights we received a standing ovation. This [version] was originally performed in Hindustan, and I was determined that it also be performed in Lahore. I thought, before I leave this world, I want to see Lahore. I’ve been to Karachi, but I can’t tell you how happy I am about visiting Lahore. The intensity and the intelligence [of this city] are unmatchable. People are liberal, frank, open, welcoming. I’ve only felt love. I’ve stayed at the Avari, I’ve met literary figures, politicians, theater people—the whole experience has been great.

Were you warned against visiting Pakistan?

No. In fact, everyone was very excited. And I am not scared or worried about such things [as political tensions]. Having done so many films with Pakistanis, I have a longstanding association with Pakistan and Pakistanis. I’ve met Pakistani Muslims all over the world. We always meet with love, respect, and appreciation. People have stereotypes about Pakistan and they are not always correct. In any argument with India, I defend Pakistan. When there is a bomb blast—even when the Taj attack [Mumbai, 2008] happened—I say, firstly, that this happens all over the world. And secondly, there are certain elements in Pakistan who are not in their control. Pakistanis’ markets, homes, hospitals, Army barracks are being bombed. They are also struggling. It’s very sad.

You’re quite vocal about your political views. You got into some trouble with the Indian government after your Ramlila Maidan speech in 2011.

I was very moved by Anna Hazare. I was shooting at the time but had been watching him on television. Whenever there was a break, I would turn on the television and watch. I saw he had been fasting for weeks. I did not wish for him to get ill. Many people were supporting him. I went to Ramlila Maidan and voiced my views. I didn’t say anything incorrect. I spoke about rampant corruption and uneducated politicians [in India]. “Gawar” and “unpar” are not abuses. There are members in Parliament who have not gone to school; and even those who have, have a very limited [capacity for thought]. Some of the politicians yelled and shouted, they threatened to jail me. But I was speaking about their greed and corruption. They bribe to get votes.

What, in your opinion, is the most pressing problem facing India?

Corruption has become very, very rampant. Small corruptions are acceptable all over the world, maybe up to 10 percent. But in India, [the rate] is 80 to 90 percent, and all the big people are involved. It shouldn’t happen at all, but if a railway officer here or there does it, one can still excuse it. You see, there is no social security, so much disparity, and people’s aspirations have increased hugely because of the media: people want flashy cars, mobiles, and computers. So it is normal to want that and to be attracted to these things and to consumerism. People want their children to go to good schools and learn languages. Government schools are in a terrible condition, government works are in shambles, and I think all this is the result of corruption. It stops people from being productive. Population control is another problem. In the near future it will be unmanageable. Unemployment rates are high, and due to [labor non-intensive] industrialization, these are increasing. We need to think about how to solve these problems, how to harness the potential of the youth. Because of unemployment and disparity, there is an increase in the crime rate, too. Moral values have dipped and attitudes toward women are awful.

Which language do you prefer for acting?

I speak four languages, but my favorite to act in is Hindustani. I love how it sounds. It’s not pure Urdu or Hindi, it’s very mellifluous, and people understand it.

As one of India’s most recognizable character actors, you’ve played a rich range of roles. What draws you to a script and how do you flesh out a character?

I mostly go for art films, they are my true passion. There’s no money in art films, especially not if you want to live well. But every now and then an independent film comes along and it addresses an important social issue, I get attracted to that. I try and choose characters I can put my heart into. After working for more than 40 years in film and theater, fleshing out a character becomes second nature. One reads and rereads scripts to get at what isn’t written, the subtext and the gray area. That’s what you have to work with. If there’s something physically complicated to [the character], then I research. I teach myself things. For example, I had to learn to spin cloth for a role. In two months, I spun about 40 meters—I began to enjoy it. Once you really start to think about the character, ask yourself questions about him and his life—like what sort of person he is, what influences and education and experiences he has had, what his environment was growing up—then you can get inside his head and your portrayal can develop depth.

How is today’s Bollywood different from when you started out?

The 1950s and 60s were Bollywood’s golden years. We had some amazing filmmakers—Bimal Roy, Raj Kapoor, Mehboob Khan, Guru Dutt. They made excellent films on social causes and those films had music and dance, too. There was poetry in the music. It was sweet to the ear. Nowadays there is no poetry, no music, no sweetness, just “item numbers.” Some art films of today, though, are still fantastic.

You’ve been in movies with Jack Nicholson, Tom Hanks and Julia Roberts, Patrick Swayze, Kate Hudson. What’s your Hollywood experience been like?

Great. They are very professional and disciplined. Over here, it’s a bit patchy: after the shooting is done, they realize something has gotten left out and so we have to reshoot for another 10 or 15 days. I’ve done 20-plus movies in Hollywood and such a thing has never happened there.

What’s your take on Lollywood?

From the outside, the impression is that Lollywood doesn’t make too many films and that the budgets are small. But when I watched a few films—Bol, Khuda Kay Liye—I really enjoyed them, they were genuinely good films. They addressed social issues and causes, and they did well in Hindustan. There’s no doubt that there is talent in Pakistan, including in music and poetry. Lollywood directors and producers should also know that there is a huge market in Hindustan for them. People are very interested in films coming from across the border. After all, the language is the same. Maybe they should take some Arabic or Persian words out, those can be tough for the common man to understand.

You do an average of nine pictures a year. How do you make time for a personal life?

There is little difference between the two, especially when you love what you do. Personal life keeps on going. I take my wife with me to shoots; she is here with me in Lahore also, to screen a film at the Human Rights Commission of Pakistan.

What’s next for you?

I’m playing [Pakistan’s former Army chief Ashfaq] Kayani in a biopic about Malala Yousafzai. I was impressed with his reaction to the incident. He contributed a lot toward her. It’s an ambitious project by a young filmmaker who thinks very clearly and knows what kind of film he wants to make. Malala may also make a guest appearance in the film. The Hundred-Foot Journey comes out in August. This film has been produced by Steven Spielberg and Oprah Winfrey and directed by Lasse Hallström.

How can he ‘defend’ Pakistan when he’s worked in movies those speak against Pakistan and it’s ideology? They probably know that there’s a lot of people across the border who don’t feel comfortable with the ‘two nation’ theory and feel ashamed of it.

Artists, actors and journalists, who speak truth to power and try to find truth about this world, are great assets and we must appreciate their findings whenever they expose lies.

Om Puri’s East is East is a great film and every Pakistani must watch it to understand the meaning of ‘bigotry’ and double standards through the ideology of faith and religion. The film is now taught in the most UK Universities and Higher Education Colleges to understand the ‘Others’.