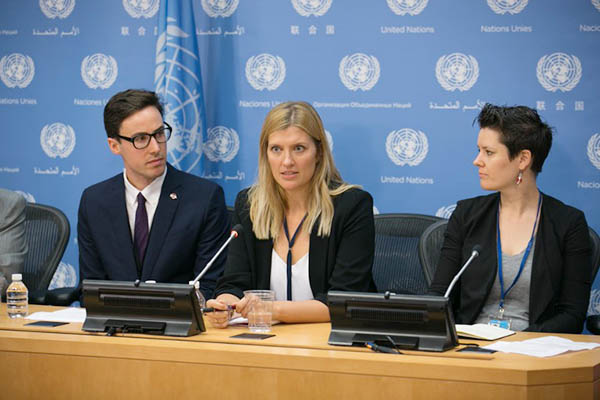 “We really call on the U.S. government to continue to certify and stay in this deal,” Beatrice Fihn, director of the International Campaign to Abolish Nuclear Weapons (ICAN) told a news conference at the U.N. headquarters in New York. “This is not really what the world needs right now… We see no evidence that Iran is not complying with it,” she added.

Trump is a stern critic of the 2015 accord, which he has called “the worst deal ever,” and officials say he intends to tell U.S. Congress next week that Tehran is not honoring its side of the bargain. U.S. officials insist this will not sink the deal itself but open the way for Congress to develop new measures to punish other aspects of Iran’s behavior.

The nuclear agreement was struck in July 2015 by Iran and five permanent members of the U.N. Security Council (Britain, China, France, Russia and the United States) plus Germany—establishing controls to prevent Tehran from developing an atomic bomb.

On Monday, the head of the U.N. nuclear watchdog said Iran was complying with the deal. “I can state that the nuclear-related commitments undertaken by Iran … are being implemented,” International Atomic Energy Agency chief Yukiya Amano said, giving prepared remarks during a conference in Rome.