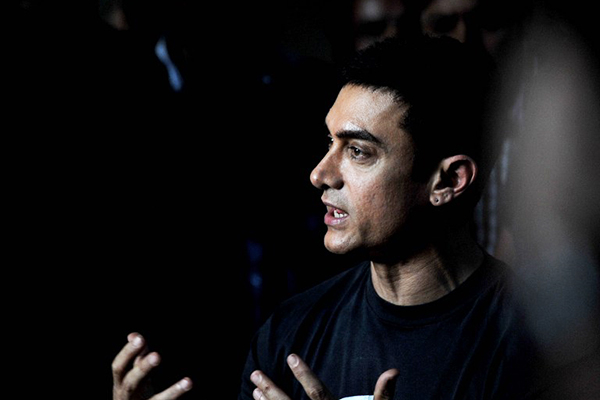 The Indian censor board wants to keep up with the times.

[dropcap]A[/dropcap]fter decades chopping tens of thousands of film scenes, from onscreen kisses to violent endings, India’s censor board is planning a lighter approach to Bollywood.

Set up by British rulers in the 1920s to block U.S. movies with anti-colonial sentiment, the board went on to excise and sanitize Indian films as much for their racy content as for their political overtones. But as the country modernizes, the government must walk the tightrope of catering to a more liberal, youthful India without angering still deeply conservative strands of society.

“The rules are old. We have to [re]write them with a modern and honest outlook. The Indian value system has changed, hence censor rules must change,” said R. Singh, joint secretary of the film department in New Delhi. “This whole business of brutally chopping scenes or forcing filmmakers to alter the climax will have to end,” said Singh, who oversees the task of issuing certificates to all Indian movies.

The government attempted to show its more open-minded approach at the recent Cut-Uncut festival in the capital, which screened originally censored film clips for the first time as part of Indian cinema’s centenary celebrations.

Directors, such as Ramesh Sippy, who made the action blockbuster Sholay in 1975, also had the chance to vent their anger at India’s culture of censorship. Sippy said he was forced to change his film’s plotline at the insistence of the censors, who decided it was too violent. “The board said: ‘We will tell you how to end the movie,’ and I was forced to shoot the ending again. I realized that if I kept fighting, my film’s release would not be allowed.”

K. Hariharan, a critically-acclaimed filmmaker from south India, said he felt like “an anxious student waiting for his performance card” whenever censors watched his film. He thinks it is time to disband the board, which he sees as a colonial remnant that restricts freedom of expression—an idea that the government may slowly be agreeing with.

A more relaxed approach is already allowing filmmakers to experiment.

Aamir Khan tested the limits in 2011 with the comedy Delhi Belly, a film that outraged conservative critics for its toilet humor and dialogue strewn with profanities, which surprisingly passed the censors uncut. Despite protests at cinemas and even a court case on charges of obscenity and insulting religion, the movie ran to full houses and became a cult hit for its reflection of young people in modern, urban India.

Censors admit that regulating content is becoming an unwieldy job in a country of 1.2 billion, which has witnessed an explosion in its television and media industry along with growing Internet access. In the last two decades, the country went from having just two state-run channels to nearly 400 private ones, and filmmakers are increasingly keen to get their work on the small screen to generate more revenue.

But as censor board chief Pankaja Thakur points out, they run a greater risk of being chopped on television. In April last year, The Dirty Picture, a popular film about the life of a 1980s Indian soft-porn star, was stopped hours before its television premiere after two court petitions objected to its content. It took 60 cuts before it was allowed on to the screen.

“Television is a much more mass medium than the movie halls, so we have to ensure that content on TV is suitable,” said Thakur. The censors’ dilemma reflects a larger debate about freedom of expression in India, which is proud of its status as the world’s largest democracy, but can also be quick to enact bans for fear of provoking agitation.

In 2011, northern states banned Aarakshan, which tackled the thorny issue of caste quotas in government jobs and education, because they said it “could incite civil disorder and violence.” Southern Tamil Nadu state in January forced spy thriller Vishwaroopam out of cinemas after Muslim groups complained that they were portrayed negatively, until the director finally agreed to make alterations. Objections to sex or nudity have mainly come from conservative Hindu groups who see themselves as champions of traditional Indian values—and censors too still see their role partly as one of “moral guardianship.”

They recently decided to take a more stringent approach to the “item number”—a sexually-charged song-and-dance sequence that has come under growing fire as India debates its treatment of women after a spate of shocking sex crimes. Others say it is up to the filmmakers and audiences to bring about a change. “Ours is a really difficult job,” said Thakur. “We want to have a liberal approach and respect artistic endeavor, but at the same time we have to address the smallest possible objection.”