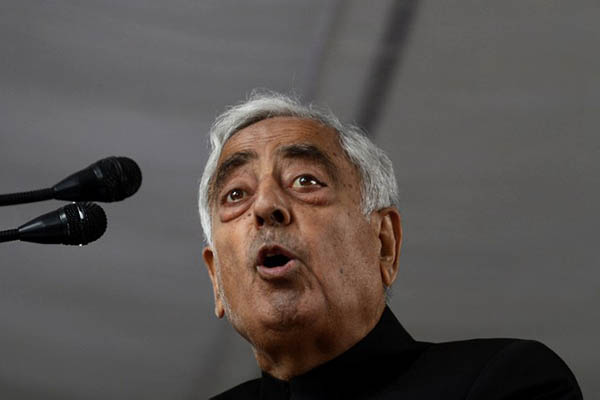 The 79-year-old veteran politician is expected to be succeeded by his daughter.

Mufti Mohammad Sayeed, chief minister of India-administered Kashmir and one of the country’s best-known Muslim politicians, died on Thursday, an official said.

The 79-year-old died in hospital in New Delhi after being admitted on Dec. 24 suffering from a respiratory illness, a hospital official told AFP. He is expected to be succeeded as chief minister by his daughter Mehbooba Mufti, current head of the moderate People’s Democratic Party (PDP) that he founded in 1999.

The veteran leader took over as chief minister of India-administered Kashmir for the second time last March, after serving in the same role between 2002 and 2005. He was appointed India’s first Muslim home minister in 1989, and later the same year another of his daughters was kidnapped by Kashmiri militants. She was later released in exchange for five jailed rebels.

Several rebel groups have for decades been fighting Indian forces deployed in India-administered Kashmir, seeking independence or a merger of the territory with Pakistan. The fighting has left tens of thousands dead, mostly civilians.

The region is divided between India and Pakistan, both of which claim the Himalayan territory in its entirety.