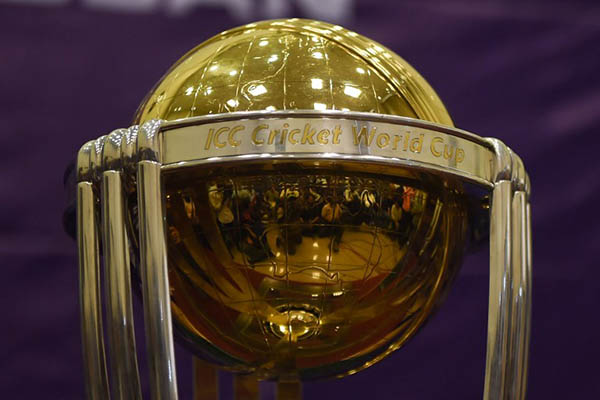 Border tensions between India and Pakistan are casting a cloud over this year’s cricket World Cup with the threat of a boycott hanging over their highly anticipated clash in England.

There have been calls for India to forfeit their June 16 match against Pakistan after a suicide bomb attack in India-Occupied Kashmir claimed by a militant group based in Pakistan in which 40 Indian troops died. Tit-for-tat airstrikes and an aerial dogfight followed, igniting fears of an all-out conflict, but the crisis appeared to ease when Pakistan returned an Indian pilot who was shot down and captured.

But doubts remain over the fate of the group stage match in Manchester.

The ball rests firmly with India’s politicians, who are not likely to make any decision until nearer the match, after cricketers and sports officials said they will abide by any government call for a boycott.

Vinod Rai, a senior official of the Board of Control for Cricket in India (BCCI), told reporters after the Kashmir attack that they had written to the International Cricket Council (ICC) to demand tough security at the World Cup, which begins in England and Wales on May 30. Rai confirmed a boycott decision would only be made at a later date—and after consulting the government.

India captain Virat Kohli said the players would respect any instruction from the government or board. “Our stand is simple: we stick by what the nation wants to do and what the BCCI decides to do,” Kohli told reporters. “That is basically our opinion. Whatever the government and the board decide, we will go by that and we will respect that.”

In the letter to the ICC, the BCCI urged “the cricketing community to sever ties with countries from which terrorism emanates.”

The Kashmir attack was claimed by the Pakistan-based Jaish-e-Mohammed militant group, which India says operates as a proxy for Islamabad, a charge Pakistan denies.

ESPNcricinfo.com senior editor Sharda Ugra believes the ICC are unlikely to get involved and the next move rests with the Indian government. “I think they won’t be able to get the ICC to take on any stand on it and I don’t think the BCCI will say that we are not playing there,” she told AFP. “It will have to be a government pressure on them to not play. June 16 is still many days off and politics can play any narrative it wants to suit itself.”

Opinions have differed among prominent figures in Indian cricket. Former paceman Chetan Sharma told AFP that country comes first for him and he would prefer India giving up two points if need be. “It totally depends on what the government decides. As a sportsperson I must tell you that we are Indians first and then comes cricket,” said Sharma.

Asked what should happen if India drew Pakistan in the semi-finals or the final, Sharma said: “I would still say that it’s the country and not the World Cup that is important.”

India’s greatest batsman Sachin Tendulkar tweeted he would “hate” to hand Pakistan two points by forfeiting the game, but added, “India always comes first, so whatever my country decides, I will back with all my heart.”

Former India spin bowler Harbhajan Singh was vociferous in calling for a boycott. “I don’t care about losing points as the Indian team is powerful enough to win the World Cup without playing Pakistan,” said Singh, who took 417 Test wickets.

At the last World Cup in England in 1999, India and Pakistan played in Manchester during the two countries’ last conflict.

A boycott would be costly for organizers. The match is one of the hottest tickets at the World Cup, which begins on May 30, with demand so far outstripping that for the final, according to ICC officials.