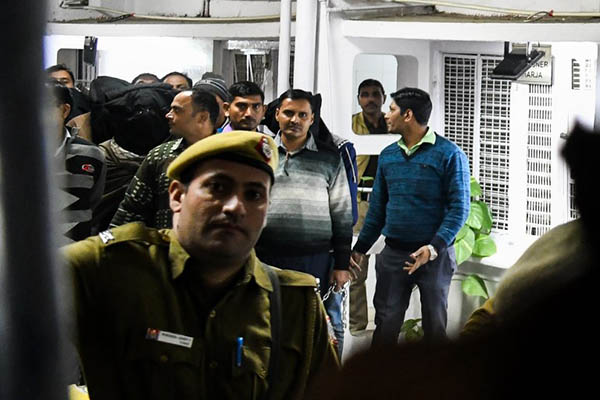 India’s anti-terror agency on Wednesday said it had busted a local militant cell inspired by the Islamic State group that was planning to carry out bombings and target prominent political figures.

The National Investigation Agency (NIA) said 10 members of an obscure militant group “Harkat ul Harb-e-Islam” were arrested in multi-city raids and a further six suspects were being questioned over their alleged links with the outfit.

NIA spokesman Alok Mittal said arms and ammunition were recovered from the raids over 17 locations, including in the capital New Delhi, as the group prepped for striking several targets ahead of the high profile Republic Day national event on Jan. 26. “They were at an advanced stage of carrying a series of blasts,” Mittal told reporters at a press conference in New Delhi. “They wanted to explode remote-controlled bombs and even conduct fidayeen (suicide) attacks.”

Mittal said the group had attempted to make suicide vests and developed a homemade rocket launcher, adding the unknown mastermind of the module was based abroad. One of the accused is an engineer, he said.

Authorities have previously claimed to have foiled similar I.S.-inspired cells but there is no evidence of the militant group’s presence in the country.

Indian Muslims have largely remained insulated from I.S. influence, with only a handful of young men from the country’s nearly 175-million minority community joining the militant group that gained worldwide prominence after capturing large swathes of territory in Iraq and Syria in 2014. But India’s security agencies have voiced concern over the radicalization of men over the internet. In 2014, a group of four Mumbai engineering students traveled to Iraq to join the group. One of them later returned to India. But some activists have accused security agencies of falsely charging Muslim men for terrorism, due to discrimination against the community in the Hindu-majority country of 1.25 billion people.