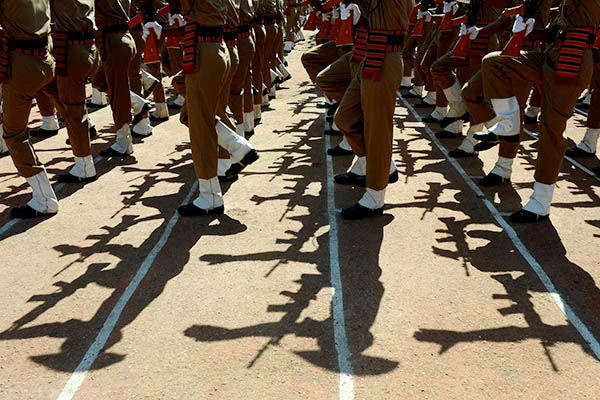 India said Wednesday a soldier was killed during heavy cross-border firing with Pakistan, which the army described as among the worst since a ceasefire agreement was enacted a decade ago.

India’s paramilitary Border Security Force (BSF), which patrols the internationally recognized border south of the disputed frontier in Kashmir, said one soldier had been killed and six injured in overnight firing.

BSF spokesman Vinod Sharma said that 50 frontier posts were targeted in a further escalation of small arms firing and shelling that has taken place regularly over the last month—despite public pledges to ease tensions there.

Indian army spokesman Nitin Narhar Joshi said the flare-up is among the worst since 2003, while senior army commanders speaking on condition of anonymity said it was the most serious.

“The situation along the LoC is certainly one of the most serious witnessed since the ceasefire,” Joshi claimed. “Now it is becoming ever worse with the sanctity of the international border also being severely violated by Pakistan.”

Firing along the disputed Line of Control (LoC) that separates Kashmir into Indian and Pakistani sectors has taken place sporadically ever since 2003.

But the recent rise in incidents has caused alarm. Prime ministers Manmohan Singh and Nawaz Sharif discussed the matter in New York last month when they pledged to improve conditions to build trust.

India’s defense ministry says it has compiled over 200 ceasefire violations this year, more than all the other violations since 2003. Both sides accuse the other of “unprovoked” firing, which leads to retaliatory strikes.

Sharif is currently in Washington and is set to meet President Barack Obama later Wednesday, after angering India by calling for U.S. involvement to help settle the six-decade dispute over Kashmir.

The BSF’s operations chief in New Delhi, Raju Krishna, repeated longstanding Indian suspicions that cross-border firing is aimed at helping Islamist militants from Pakistan infiltrate into Kashmir. “We are giving a befitting reply to prevent the infiltration bid,” Krishna said.