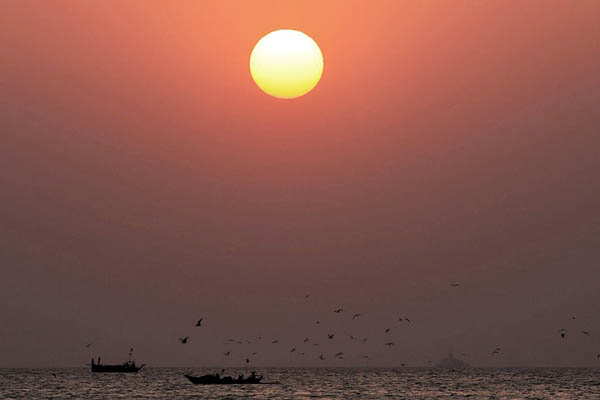 India was forced Wednesday to deny it deliberately blew up a Pakistani fishing boat after video was released showing a coast guard official apparently boasting about ordering the vessel’s destruction.

The official’s apparent claim has reignited controversy about the Dec. 31 incident, which killed four Pakistani men and led to a flare-up in tensions between the two neighbors. India has always maintained that the crew from near Karachi blew up their own boat while trying to escape from the navy—a claim Pakistan rejects.

Footage obtained by the Indian Express newspaper and made available on YouTube showed Coast Guard Deputy Inspector General B. K. Loshali speaking about the incident at a function on Monday.

“I hope you remember 31st December night,” he says in halting English after telling the audience he plans to depart from a prepared speech. “We blew off the Pakistan … I told at night, blow the boat off. We don’t want to serve them biryani,” Loshali says.

Indian Defense Minister Manohar Parrikar called Loshali’s comments “a case of indiscipline” and said the government stood by its earlier statement on the sequence of events. “We will take action against the person if required … after making a proper inquiry,” he said at a press conference.

Loshali said that his comments were misconstrued and that he was not in charge of the operation. “I have not made this statement, however, I had made a statement that anti-national elements do not need to be served biryani,” he said in written comments on Wednesday.

At the time of the incident India said that its Coast Guard ships and aircraft had tried to intercept the boat near the maritime border with Pakistan, following an intelligence tip-off. It said the crew had “tried to escape” leading to a high-speed chase that lasted almost an hour before the boat eventually stopped after warning shots were fired.

The boat then exploded and sank with the apparent loss of all four lives, the defense ministry said at the time, calling the crew “suspected or possible terrorists.” The Coast Guard alleged shortly afterwards that the four crew must have been hiding “something really serious” to have blown themselves up.

Pakistan has rejected India’s allegations about the boat as “baseless and preposterous.”