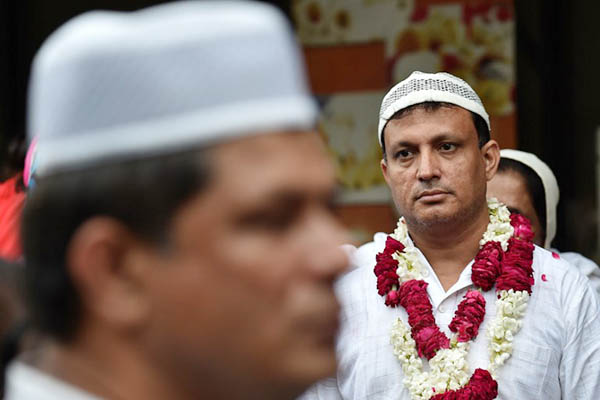 India’s Hindu nationalist government is ending a decades-long policy of offering discounted airfares to Muslims embarking on the Hajj pilgrimage, it announced on Tuesday.

The rightwing Bharatiya Janata Party has accused its opponents in the Congress party—who introduced the Hajj assistance scheme in the 1950s—of trying to woo Muslim voters through handouts.

Minority Affairs Minister Mukhtar Abbas Naqvi said the government wants to assist India’s roughly 175 million Muslims without resorting to political “appeasement” along religious lines. “Development with dignity is what we believe in,” he said in announcing the decision to scrap the travel subsidy.

He said the cash saved from the scheme would be channeled into economic opportunities and education for Muslims, who make up about 14 percent of India’s 1.25 billion people.

Every year more than 100,000 pilgrims travel from India to the holy site of Mecca in Saudi Arabia for a spiritual journey that every faithful Muslim strives to make at least once in their lifetime. Critics have long argued that India, a secular country, should not extend handouts to any religious community for their faith-based celebrations.

India’s top court in 2012 said the scheme should be phased out, and that it contravened a fundamental tenet of Islam—that only those who could afford to make the pilgrimage do so. But the right-wing government of Prime Minister Narendra Modi spends millions for Hindus undertaking the Kailash Mansarovar and Kumbh Mela, a sacred bathing ritual that draws millions of pilgrims over four weeks.

Naqvi said 175,000 Indian Muslims would embark on Hajj this year—a record number—suggesting enthusiasm for the annual pilgrimage would not shrink without the government’s financial assistance. Muslim leaders in India have also urged the government to abolish the travel subsidy, saying state-run carrier Air India was the biggest beneficiary.