Home Business India Hopes to Cash in on Ancient Remedies

India Hopes to Cash in on Ancient Remedies 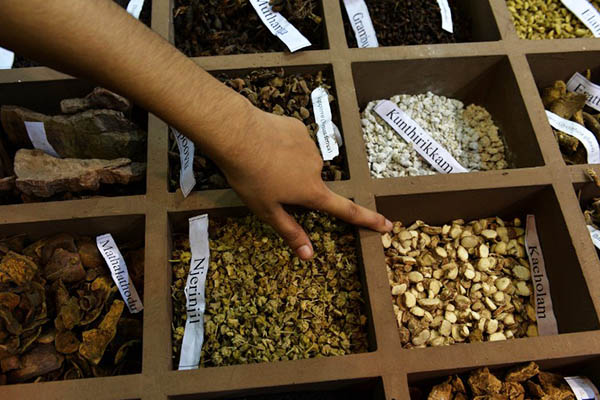 Narendra Modi has appointed a minister for traditional medicine to secure foothold in global market.

India’s new government has launched a drive to promote the country’s ancient therapies as it seeks to cash in on the multi-billion dollar global market for holistic medicine.

India claims to have natural remedies for everything from cancer to the common cold, but ministers say it has failed to capitalize on its traditions as the world has woken up to alternative medicine. Hindu nationalist Prime Minister Narendra Modi, a teetotal vegetarian who practices yoga daily, has said he wants the world to make Ayurveda “a way of life”—and in doing so expand India’s share of the growing global market for holistic medicine. Earlier this month he appointed India’s first minister for Ayurveda, yoga, naturopathy, Unani, Siddha and homeopathy—known as the AAYUSH ministry—and has also called for an international yoga day.

“Call it whatever—Ayurvedic medicines or herbal medicines or traditional medicines—the global market is estimated at about $100 billion today,” former health minister Harsh Vardhan told a recent conference on Ayurveda in New Delhi. “India’s share in this is negligible because quality standards are not maintained to international specifications. The government has decided to address this lacuna.”

Ayurvedic medicine, which means the “science of life” in Sanskrit, treats the physical and mental sources of illness through, for example, prescribing herbs in conjunction with yoga or massage. Much of the knowledge has been passed on through the generations by word of mouth and predates written records, but two volumes of remedies and prescriptions have survived, called the Charaka Samhita and the Sushruta Samhita.

Critics say that Ayurvedic remedies have no proven curative properties for disease, and instead work as a placebo. “It’s like superstition—it’s in your head that it helps. But in real life, you need actual pharma drugs,” said P. K. Goyal, a Delhi-based physician. But Modi, who as a young man wandered the Himalayas on a spiritual quest, said Ayurvedic remedies should be seen as complementary to modern medicine.

“If a person adopts Ayurveda, he can protect himself against various infections,” said the 64-year-old. “[Formerly] health was a part of life. But today we have outsourced health … we consult one doctor and then the other.”

In India, domestic companies such as Dabur, Emami and the Himalaya group have pioneered herbal products, combining ancient traditional medicine with cutting-edge technology to make pills, creams and oils. Ayurvedic centers and clinics have also sprung up in Europe and the United States in recent years, and global chain The Body Shop has created its own range of Ayurvedic products.

On Tuesday the new AAYUSH minister, Shripad Yesso Naik, said he would make promoting Ayurveda a “high priority” as he began his newly created role. “We will do whatever it takes to make India a healthy India in the days ahead,” he said, praising the preventive qualities of yoga and Ayurveda.

According to the World Health Organization, 65 percent of India’s rural population uses Ayurvedic remedies, mostly due to poor access to modern health facilities.

Modi has vowed to provide affordable healthcare to India, where nearly 25 percent of the population lives on less than $1.25 a day and more than 40 million people have been pushed into poverty because of the cost of medical treatment. His Hindu nationalist government, which swept to power in May on a promise to revive India’s flagging economy, has already announced plans to establish a state-funded Ayurvedic research center and hospital.

And many are already converted to the drive. One fan at the conference—where everything from massage chairs to digestion and blood pressure pills were on display—needed no further persuading. “It’s natural, so no side effects, and it’s cheap,” said 20-year-old Delhi student Ashima Beri. “Honestly, these worked on my acne better than any other cream or drug.”