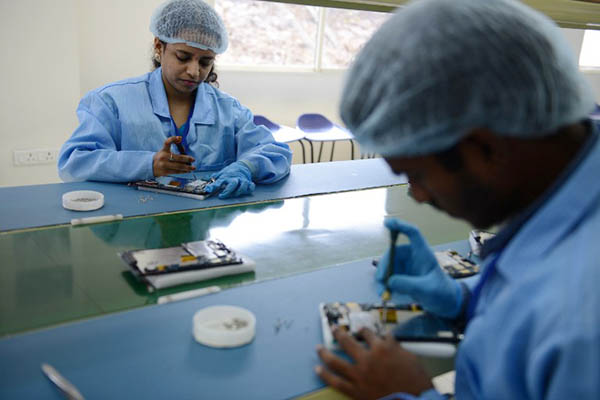 India must reverse a trend of falling women’s participation in the job market if it is to achieve its ambition of double-digit growth, the World Bank said on Monday.

India is the world’s fastest growing major economy, but has one of the lowest rates of female employment, a trend that has worsened over the last decade.

The World Bank in its latest report said just 27 percent of Indian women were working or actively looking for a job, a matter of “serious concern” that was holding back economic growth. “[A] higher level of women participation in the economy can help propel India closer to double digit growth,” said country director Junaid Ahmad.

The bank said the fundamentals of India’s economy remained strong and the impact of last year’s shock move to take most of the country’s currency out of circulation had been limited. Inflation remained under control and a strong monsoon last year had boosted agriculture and rural consumption, it said, estimating growth at 6.8 percent for the financial year ended March 31 2017.

The government will release its official growth figures for that period on Wednesday.

The World Bank report said a new national goods and services tax due to be introduced on July 1 would “yield substantial growth dividends from higher efficiencies” and increase state revenues in the long term. But it warned India needed to create jobs for the large number of women currently not in the labor market.

“India’s female labor force participation rate is uniquely low for all levels of education,” said senior World Bank economist Frederico Gil Sander. “Sixty five percent of Indian women with college degrees are not working, whereas in Bangladesh 41 percent and in Indonesia and Brazil only 25 percent of women graduates are not working.”

Female participation in India’s workforce has declined since 2007, particularly in rural areas. That is partly because they are staying in education for longer, but even college-educated women are staying out of the workplace—just 34 percent of those with a degree are working, the bank said.

Urbanization has also contributed to the trend because women living in cities are less likely to be in paid work than those in rural areas, where farming provides employment.