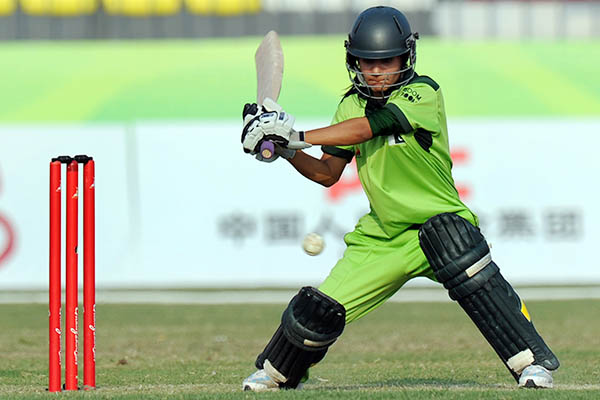 A victory for either of the rivals in finals would make them first Asian champions.

India downed Pakistan by seven wickets in qualifying for the 2017 Women’s World Cup on Sunday but both made it to the finals where they will seek to become the first Asian champions.

Pakistan were bowled out for only 67 and lost by seven wickets as India got past their target in only 22.3 overs. But Pakistan still booked their place for the World Cup in England in June and July as the fourth team from the qualifying round along with India, South Africa and Sri Lanka.

Champions Australia, England, New Zealand and West Indies were already guaranteed spots at the World Cup. Australia have won the tournament six times while England have three titles and New Zealand one trophy since the first edition of the event was held in 1973.

Put in to bat, Pakistan were 55 for eight by the 32nd over and the innings petered out in 43.4 overs, of which 18 were maidens. Left-arm spinner Ekta Bisht finished with a career-best five for eight. “Qualifying was something that we wanted to do on our own but at the end of the day we are carrying positives from here. Our batting performed well in other matches and that’s how we could qualify,” said Pakistan captain Sana Mir.

India finished the qualifying tournament undefeated with a maximum of 10 points after the Super Six stage while South Africa were only defeated once—against India—to finish with eight points.

The two sides will now play the final on Tuesday.

“I’m happy at the way the team has shaped up from the first game,” said India skipper Mithali Raj. “It has been a good tournament so far for us. Our spinners have done well but our batting has to be better, especially if we are chasing 200 or more against top teams—that is an area that needs to be addressed.”

Sri Lanka beat Bangladesh by 42 runs to make sure of their place in the finals while South Africa saw off Ireland by 36 runs in their last game.