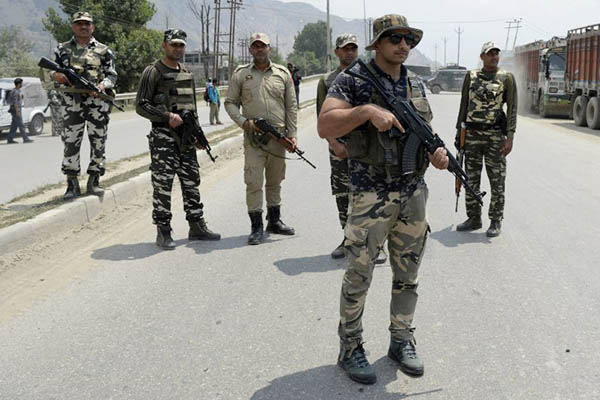 Police said an investigation had concluded that Lashkar-e-Taiba (LeT) and Kashmiri accomplices were behind the July 10 attack that saw militants open fire on a bus carrying Hindus on the annual Amarnath pilgrimage.

“Lashkar was involved and the accused have been identified,” Inspector General of Police Muneer Ahmed Khan told reporters in Anantnag district in India-administered Kashmir. “Once the investigation was started it was revealed that… a Pakistani militant of Lashkar along with two other militants and one local Kashmiri Lashkar militant carried out the attack.”

Three others who provided logistical support to the militants, including hiding places and vehicles, had been arrested.

The July shooting was the worst such attack in the divided Himalayan region since 2000, when gunmen fired on a group of Hindu pilgrims and killed 32 people including two police officers.

Khan said the militants had carefully plotted to attack any police or tourist vehicle that crossed their path on the evening of the assault. “They had kept separate code words for tourist and CRPF [Central Reserve Police Force] vehicles… It was purely an act of terrorism carried out with an aim to spread fear,” he said.

Taiba has been blamed for a string of deadly attacks inside India, most notably the Mumbai carnage in November 2008 when heavily armed gunmen battled commandos on the streets of the financial capital. It took the authorities three days to regain full control of the city and New Delhi has long said there is evidence that “official agencies” in Pakistan were involved in plotting the attack.

Rebel groups, including Taiba, have for decades fought Indian troops and police deployed in Kashmir, demanding independence or a merger of the former Himalayan kingdom with Pakistan. Kashmir has been divided between India and Pakistan since the end of British colonial rule in 1947, but both claim the territory in full.