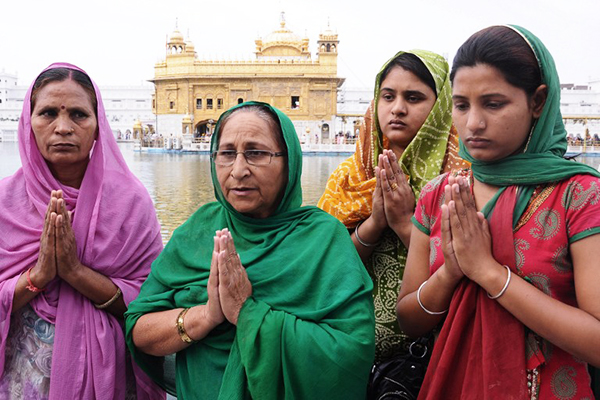 Pakistan on Sunday denied consular access to an Indian national on death row who is fighting for his life after being attacked by fellow inmates, Indian government officials said in New Delhi.

Sarabjit Singh, who was sentenced to death 16 years ago on espionage charges by a Pakistani court, was rushed to hospital on Friday with multiple wounds, including a severe head injury, after an argument in Lahore’s Kot Lakhpat Jail.

“Officials from the Indian High Commission in Pakistan were not allowed to visit Sarabjit Singh on Sunday. The authorities have also refused to share his medical updates with Indian officials,” said a senior Indian official, speaking on condition of anonymity.

The officer said the Indian foreign ministry is making “every possible attempt” to get information about Singh’s health and using every “diplomatic mechanism to get an update about the situation.” Another government official in New Delhi said: “It is crucial for us to know about Singh’s health, and Pakistan cannot deny information to India.”

Singh is fighting for his life in Lahore’s Jinnah Hospital’s intensive-care unit after he was hit with bricks and other blunt objects by inmates. His wife, two daughters, and sister arrived today in Pakistan by the land border at Wagah.

“We came here to see him and to meet him, I have been allowed to stay with him in hospital,” Dalbir Kaur, Singh’s sister, told reporters. “I will go directly to the hospital and will meet him to see his condition and to know whether he needs anything.” She thanked the Pakistani people for their prayers for her brother’s recovery, and hoped that he would get well soon and be allowed to return to India.

Awais Sheikh, Singh’s lawyer, earlier said that his client had received threats following the execution of a Kashmiri separatist in India. Afzal Guru was hanged in New Delhi on Feb. 9 for his part in a deadly attack on the Indian Parliament in 2001.

Singh, 49, was convicted for alleged involvement in a string of bomb attacks in the Punjab which killed 14 people in 1990. His mercy petitions were rejected by the courts and former president Pervez Musharraf. His family says he is a victim of mistaken identity and had inadvertently strayed across the border.