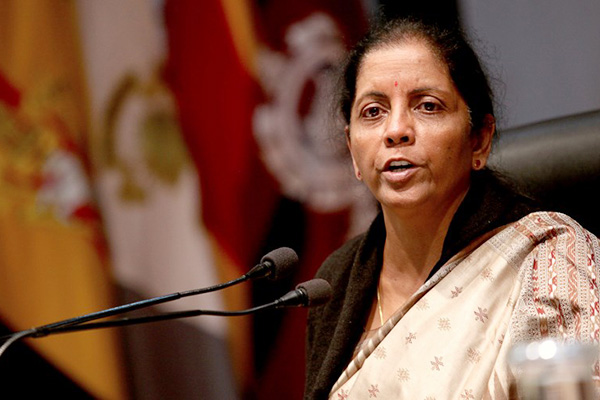 Pakistan “will pay” for an attack on an army base in India-administered Kashmir that killed nine including five soldiers and a civilian, India’s defense minister said on Monday.

A firefight erupted on Saturday when heavily armed militants stormed the base in Jammu, the second-largest city in the disputed Himalayan region bordering Pakistan. Defense Minister Nirmala Sitharaman, who visited the injured in hospital, said that counter-terror operations at the camp had been called off on Monday.

“Our intelligence inputs indicate that these terrorists were being controlled by their handlers from across the border,” she told reporters. “Pakistan is expanding the arc of terror… resorting to ceasefire violations [on the border] to assist infiltration. Pakistan will pay for this misadventure,” she said.

Sitharaman also corrected the earlier death toll given by police, who said 10 including four attackers had been killed in the attack. “The terrorists have been eliminated although there was information of four terrorists in the area… likely that the fourth [attacker] was a guide and didn’t enter the premises,” the minister said, putting the overall toll at nine.

The intruders took positions inside a residential complex meant for soldiers’ families as the army launched a counter-offensive to drive them out.

Hindu-majority Jammu, located in the foothills of the mountainous region, is relatively peaceful but has repeatedly seen militant assaults on military bases close to the frontier with Pakistan.

Kashmir has been divided between India and Pakistan since their independence from Britain in 1947. Both claim the territory in full and have fought two wars over the region. Saturday’s attack comes 18 years after a similar militant attack on the base in 2003 that killed 12 soldiers.

In late 2016, India said its soldiers destroyed militant bases inside Pakistan-administered Kashmir after 19 soldiers were killed in an assault on an army base. Islamabad denies this.

Ullu k patho,if you kill kasmiries they have the right to retaliate.They will keep on killing you there is no rocket science involved to understand this fact.Pakistan will not but india pay an historical price in case of any misadventure.We are quite capable of taking on you.Do not remain in any misconception.Otherwise kutte ki maut mare gao gay.