Home Business To Woo Investors, Indian Minister Heads to the U.S. and Canada

To Woo Investors, Indian Minister Heads to the U.S. and Canada 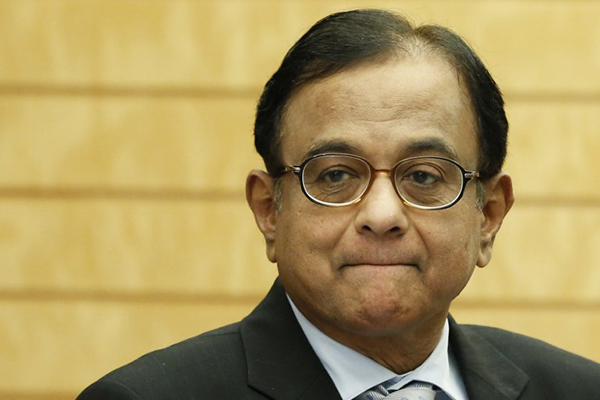 To shore up a once shining and now stumbling economy, India’s finance minister embarks on roadshows to lure foreign investment.

India’s finance minister goes to the United States and Canada this weekend to seek investment to plug a gaping hole in public finances and raise money to overhaul the nation’s crumbling infrastructure.

The investment roadshows, which kick off in Toronto on Monday, are the final leg of Finance Minister P. Chidambaram’s tour, which began in January, of major global financial hubs that included Japan, Hong Kong, Germany, and Singapore.

“This is a very important trip to attract investment,” a senior government official, who did not wish to be named, said Saturday. “[Chidambaram] will interact with top business leaders, pension, insurance and sovereign wealth funds, and his government counterparts, talking about what India is doing to increase investment and speed up infrastructure projects.”

Chidambaram, reappointed to the finance job last year to revive India’s stumbling economy, is scheduled to leave today on his tour that will also take him to Ottawa, New York, and Boston. His trip comes as Asia’s third-largest economy faces the biggest fall in foreign direct investment in over a decade amid waning global risk appetite, and domestic growth at a decade-low level that makes India a tough sell.

The FDI slide leaves India dependent on volatile foreign flows into stocks and bonds, which are far more prone to dry up in the event of economic crisis, to fund a record current account deficit. “The [deterioration in the] quality of flows is concerning,” Nomura economist Sonal Varma said in an investors’ note.

India’s current account deficit hit $32.6 billion, or 6.7 percent of gross domestic product, in the December quarter due to high gold and oil imports and weak exports. This is far above the central bank’s comfort level of 2.5 percent of GDP. The public finances crunch has prompted the government to move more aggressively to seek foreign investment.

Chidambaram, who will finish his trip in Washington, where he will attend IMF-World Bank meetings, recently loosened debt market rules to draw more overseas investment to fund the current account deficit and to finance a planned $1 trillion in projects to overhaul shabby roads, ports and other infrastructure.

Last September, the government also initiated a string of liberalization measures to widen foreign investor access to sectors such as retail, insurance and aviation. There are now reports the government may also hike foreign investments caps in telecoms and defense production. Chidambaram has promised a “next generation” of reforms to further open the still heavily-regulated economy.