India to Step Up Defense Procurement 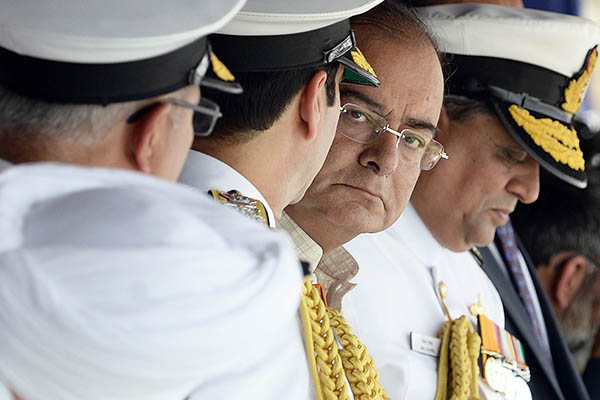 India’s military, one of the world’s largest arms importers, aims to speed up defense procurement in the interests of “national security,” the country’s new defense minister announced Saturday.

India’s weapons acquisition program was bogged down by a string of graft scandals under the previous Congress-led government, which was ousted in general elections earlier this year.

“National security is an issue which has always been a priority issue for us [the BJP],” Defense Minister Arun Jaitley told reporters. India needed more defense procurement and faster procurement, Jaitley added.

The country still has a number of procurement needs, including fighter jets, combat helicopters, artillery, drones and electronic warfare systems, as it seeks to update its ageing military hardware.

“Some mechanism needs to be set up to expedite the procurement process,” he said. “This government is committed to national security and we feel the red tape involved in purchase of defense equipment must be cut down,” Jaitley said on the sidelines of a ceremony to commission two coastguard ships. “Balancing the resource constraint and making available all the resources that are required for national security is going to be the approach of the government,” Jaitley, who is also finance minister, said.

Jaitley said coastal security topped the priorities of the government and induction of new vessels would help Coast Guard officials secure the coastline.

In the 2008 Mumbai attacks in which 166 people died, 10 heavily armed Pakistani militants crossed the Arabian Sea to Mumbai from Karachi. Defense analysts say there are still chinks in India’s coastline security despite moves to increase security.

Under Modi, Delhi is expected to adopt a more muscular foreign policy. Analysts say the Hindu nationalist leader will likely get tougher in border disputes with China. They also expect him to take a sterner stance with Pakistan over any attacks by Islamist militants based in the country. The party’s election manifesto pledged to “deal with cross-border terrorism with a firm hand” and take a “strong stand” when needed.

I do seriously hope the new government procures defence equipment with the long term strategy of integration of the new hardware with the current. We already have multitude if items in each line if defense hardware which results in high costs for parts and servicing .We should procure thinking of complete integration in future and to reduce dependency on many suppliers. Indianization of the production platform for defence goods is the future and we should invest in it.