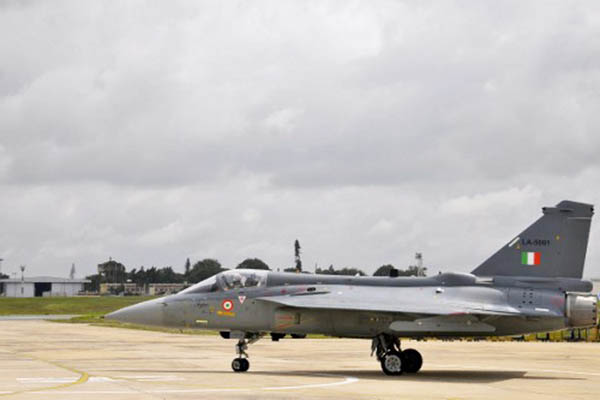 New Delhi plans to add 14 Tejas aircraft to fleet in next two years in bid to replace Russian MiG-21s.

The bellow of conch shells and crack of breaking coconuts—auspicious Hindu rituals—sounded as the two Tejas jets were handed over to the Indian Air Force in Bangalore. The combat aircraft are part of New Delhi’s multi-billion dollar upgrade of its Soviet-era military hardware, in part to counter rivals Pakistan and China.

The two aircraft will be part of a squadron named Flying Daggers 45 and can carry air-to-air and air-to-surface weapons.

Defense Minister Manohar Parrikar hailed the new jets as a source of national pride for the country’s military, saying in a Twitter post they would “take our air strength to new heights.”

The Indian air force has said it plans to add 14 Tejas aircraft in the next two years as it seeks to replace old Russian MiG-21s, nicknamed “Flying Coffins” because of their poor safety record.

The Tejas jets, developed by Hindustan Aeronautics over three decades, have been touted as the smallest and lightest supersonic fighter aircraft of their class. The aircraft are designed and manufactured in India, although some components are imported.

India is also in the final stages of a deal to buy 36 Rafale fighter jets from France’s Dassault Aviation.

Prime Minister Narendra Modi, a hardline Hindu nationalist, has vowed to end India’s status as the world’s number one defense importer by instead manufacturing defense equipment locally. His government has lifted the cap on foreign investment in the defense industry and pushed tie-ups between foreign and local companies.