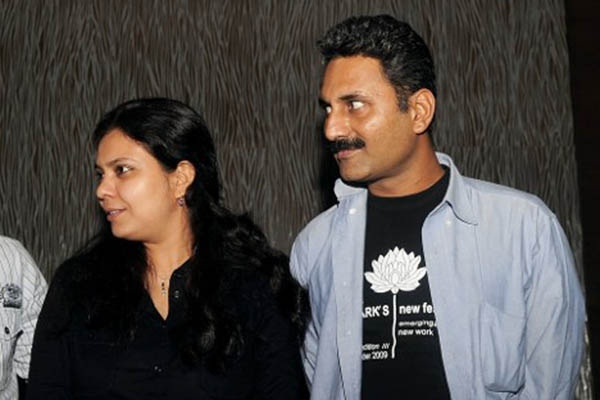 Indian police said Monday they have arrested Bollywood director Mahmood Farooqui after an American woman accused him of rape.

Farooqui, best known for co-directing the 2010 satire Peepli Live about farmers’ suicides, was taken into custody in New Delhi on Saturday after the alleged victim went to the police. Police spokesman Rajan Bhagat said the woman, a U.S. citizen aged 30, was visiting India at the time of the alleged attack at Farooqui’s home in the capital.

“Based on her complaint, the accused has been arrested and sent to judicial custody,” he told AFP.

Peepli Live, which explores the divide between urban and rural India, was produced by Bollywood superstar Aamir Khan. Farooqui co-directed with his wife Anusha Rizwi, who on Sunday dismissed the complaint against her husband as “manipulated and false.”

“We are determined to fight this till the reality is presented before the people,” she said in a statement.

The alleged attack occurred in March but the woman returned to the U.S. shortly afterwards and only reported it on Friday, news reports and a police source said. No one at the U.S. embassy was immediately available for comment.

India introduced tough laws against sex offenders in the wake of the fatal gang-rape of a Delhi student in the capital in December 2012 that sparked mass street protests. But high levels of sexual violence against women continue.