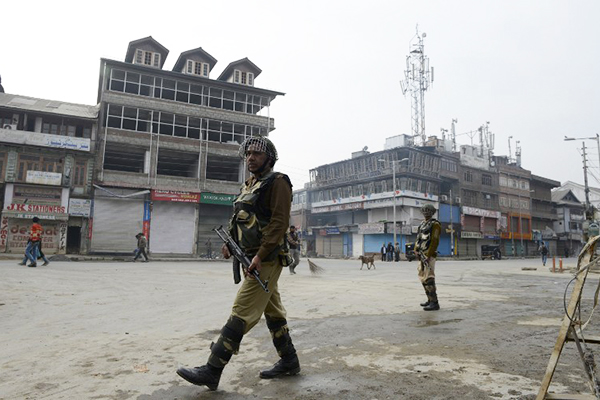 Three Kashmiris killed four years ago in a staged encounter get justice.

In a rare ruling against the Army, an Indian military court has sentenced seven soldiers to life imprisonment for killing three Kashmiri men four years ago.

Omar Abdullah, chief minister of India-administered Kashmir, said the soldiers had staged a gun battle and claimed the killed men were trying to sneak across the disputed border with archrival Pakistan. “This is a watershed moment. No one in Kashmir ever believed that justice would be done in such cases. Faith in institutions disappeared,” Abdullah tweeted. “I hope that we never see such … type of incidents ever again and let this serve as a warning to those tempted to try.”

Families of the victims claim that the Indian Army lured the three close to the de facto border that divides Kashmir between India and Pakistan with the promise of jobs and money before staging the encounter. The killings in Machil sector sparked widespread protests in Indian Kashmir at the time, leading to 120 deaths in battles between demonstrators and security forces, according to the Press Trust of India.

Rights groups have long accused the thousands of Indian soldiers deployed in Kashmir of acting with impunity, as they search for militants fighting against Indian rule for independence or merger of the region with Pakistan. Amnesty International applauded the sentences, but called for allegations of human-rights abuses to be probed by civilian courts instead of the Army itself. “For justice to be the rule and not the exception, all cases of human-rights violations should be investigated and prosecuted by independent civilian authorities,” said Shailesh Rai, Amnesty India’s programs director.

The Army declined to confirm when the military court’s ruling was handed down. According to local media, court-martial proceedings began in January this year against the seven and ended in September. Under the Armed Forces Special Powers Act, an emergency military law, soldiers deployed in Kashmir cannot stand trial in civilian courts without the express permission of the federal government in New Delhi.

In January, a military court exonerated five Army officers over the killing of five civilians some 14 years ago, sparking clashes between angry Kashmiris and police and the closure of shops and schools in protest.