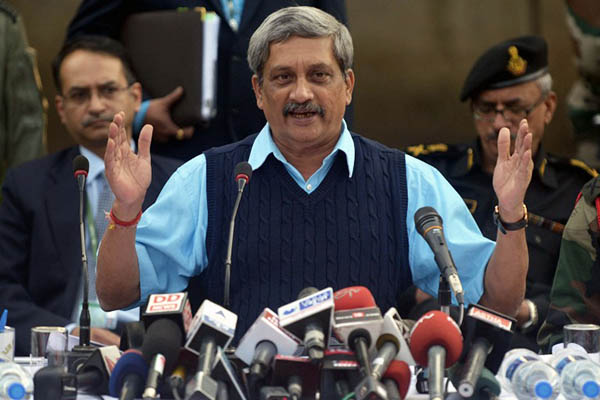 India was working to secure the release of a soldier held in Pakistan but it will take “some days,” the defense minister said on Sunday, following a dramatic spike in tensions between the rival nations.

India says the soldier was captured on Thursday after he “inadvertently” crossed over into the Pakistani side of the de facto border that divides Kashmir between the two neighbors.

Manohar Parrikar said the capture did not relate to the Indian military’s strikes on militants that sources said on Thursday occurred several kilometers inside Pakistan-administered Kashmir. “He had crossed over, which happens in border areas. There is a well established mechanism through DGMO [Director General of Military Operations] which has been activated,” the minister said, according to the Press Trust of India news agency. “Since the situation is tense right now, it will take some days to bring the soldier back.”

India has evacuated thousands of people near the Pakistani border in Punjab state following the alleged military raids on militant posts, which provoked furious charges of “naked aggression” from Pakistan. The move followed a deadly assault on one of the army bases in India-administered Kashmir that New Delhi blamed on Pakistan-based militants, triggering a public outcry and demands for military action.

Indian and Pakistani troops regularly exchange fire across the disputed border known as the Line of Control in Kashmir, but sending ground troops over the line is rare.

On Saturday, Parrikar likened Pakistan to a patient under the influence of anesthesia, amid an increase in derogatory comments between the two sides. “It is just like anesthesia. When anesthesia is given, you don’t realize the surgery is over. It’s been two days and Pakistan has still no idea what has happened,” he said.

The two countries, separated at the end of British colonial rule in 1947, have fought three wars in the last seven decades—including two over Kashmir. Indian and Pakistani troops exchanged fresh fire across their border on Saturday as U.N. chief Ban Ki-moon offered to mediate, but there were no reports of activity on Sunday.