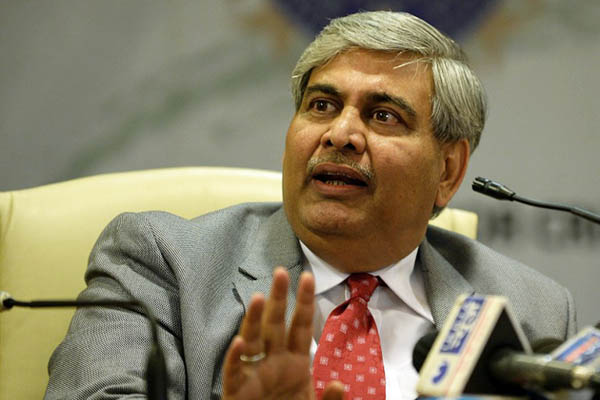 India’s Shashank Manohar resigned on Wednesday as chairman of the International Cricket Council after fallout with his own board over efforts to reform the game’s world governing body.

Manohar took over last year as the first independent ICC chairman for a two-year term and had been trying to bring in changes to the ICC’s governance designed to reduce the power of cricket’s most powerful nations—India, Australia and England. But the organization now faces a fresh bout of turmoil after the divisions between the powerful Indian board and most of the rest of the game erupted into the open.

“The ICC has confirmed it has received an email from Chairman Shashank Manohar tendering his resignation,” the organization said in a brief statement after news of the resignation had been leaked. “The ICC Board will assess the situation and next steps before making a further announcement.”

Manohar, the 59-year-old former head of the Indian board, cited personal reasons in his letter to ICC chief executive David Richardson, according to the cricinfo website. “I have tried to do my best and have tried to be fair and impartial in deciding matters in the functioning of the Board and in matters related to Member Boards along with the able support of all Directors,” he wrote. “However, for personal reasons it is not possible for me to hold the august office of ICC Chairman and hence I am tendering my resignation as Chairman with immediate effect.”

India last month voted against a proposed shake-up of the ICC, fearing a curb of its earnings and clout as a result of the changes to the organization’s financial and governance structure.

Manohar had argued that the reforms would ensure “a more equitable distribution of revenues” and greater equality within the game by attaching equal weight to each member nation’s vote in board meetings.

Since India’s emergence as the most powerful country in world cricket, the ICC has often been accused of failing to exert its independence on key issues of governance. Many of the game’s smaller Test-playing nations have been accused of bending to India’s demands in the ICC, desperate to attract tours by India which can ensure their financial security by selling TV rights.

Proposals by the ICC to create a two-tier Test system were scrapped last year after the Indian board came out in opposition to the plan.

Manohar, who is a lawyer by profession, took over as president of the Board of Control for Cricket in India (BCCI) in October 2015 for a second stint after the death of veteran administrator Jagmohan Dalmiya. But he soon became frustrated after coming under pressure to introduce reforms to the BCCI’s governance recommended by a panel convened by the Supreme Court and stood down from the post in May 2016.

Cricket’s massive popularity in India has helped the BCCI become by far the wealthiest of all of the sport’s national boards, netting massive money from sponsorship and TV deals. The BCCI expressed its “surprise at the sudden decision” by Manohar to quit. “Mr. Manohar’s contribution to Indian cricket is invaluable. He is a man of few words but excellent deeds,” the board said in a statement on Wednesday.

However, the BCCI has been embroiled in a series of scandals in recent years, including accusations of corruption in the Indian Premier League (IPL) involving a team linked to its former head Narayanaswami Srinivasan. In January, the Supreme Court ordered the dismissal of the powerful BCCI president Anurag Thakur over the failure to enact a series of recommended reforms, including age-limits for office-holders. The order came after judges slapped restrictions on the BCCI’s accounts last year, a decision that nearly cancelled a series against England. The board is currently headed by former government auditor Vinod Rai.