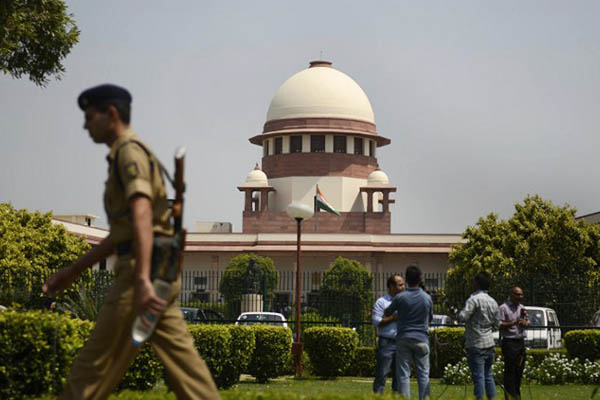 Top court rules Section 66A is ‘unconstitutional’ curb on freedom of speech.

India’s top court Tuesday struck down a controversial law that made posting “offensive” comments online punishable by jail, a rare victory for free speech campaigners in a country criticized for a series of recent bans.

The Supreme Court said the 2009 amendment to the Information Technology Act, known as section 66A, was an unconstitutional curb on freedom of speech.

“Section 66A is unconstitutional and we have no hesitation in striking it down,” said Justice R. F. Nariman, reading out the judgment. “The public’s right to know is directly affected by section 66A.”

The Supreme Court had been asked to examine the legality of the amendment, which makes sending information of “grossly offensive or menacing character” punishable by up to three years in jail.

In 2012 two young women were arrested under the act over a Facebook post criticizing the shutdown of Mumbai after the death of a local hardline politician. The charges were later quashed by a Mumbai court, but the case sparked outrage and fierce debate about online censorship in India.

Law student Shreya Singhal, who filed a petition in the Supreme Court challenging the amendment after the two women were arrested, welcomed Tuesday’s ruling as a “big victory.”

“The Internet is so far-reaching and so many people use it that it is very important for us to protect this right today, now,” she said. “Governments have their own political agenda. A law has to be for the people.”

Farooq Dadha, father of one of the young women, Shaheen Dadha, also welcomed the ruling against what he called a “black law.”

“Credit must go to everyone who fought against this law, including my daughter,” he said.

A series of bans in India have sparked accusations of a growing climate of intolerance under Hindu nationalist Prime Minister Narendra Modi. They include a ban on screening a BBC documentary on the gang-rape of a Delhi student that sparked mass protests in Delhi.

Communications and IT Minister Ravi Shankar Prasad said the government would respond to Tuesday’s ruling after reading the judgment in full, but that it was “not in favor of curtailing honest criticism.”

The government had issued guidelines on enforcing the law, and argued in court that it could not be declared unconstitutional just because of the possibility of abuse. But the two judges hearing the case said the amendment could not be “saved by the assurances of the government that it will not be misused.”

Dozens of people have been arrested under 66A since its introduction in 2009, although no one has been convicted. Only last week, 19-year-old student Vicky Khan was arrested and thrown in jail in northern India for posting a quote on Facebook that he attributed to a local minister, after the politician denied making the comment. The charge was later dropped, but Khan described his experience as “a nightmare for me and my family.”

“I am relieved and happy that the court has struck down the section,” he said in comments broadcast on the NDTV news channel. “I was really scared to know that I could be jailed for three years. I was unaware of the consequences when I posted the comment.”

Amnesty International hailed the ruling as a “defining moment” for freedom of expression in India, but said more must be done. “Other problematic laws, including those on sedition and criminal defamation, are still on the books,” said Shemeer Babu, programs director at Amnesty International India.