Home Scope Indonesia Cracks Down on ‘Sinful’ Bars in Ramzan

Indonesia Cracks Down on ‘Sinful’ Bars in Ramzan 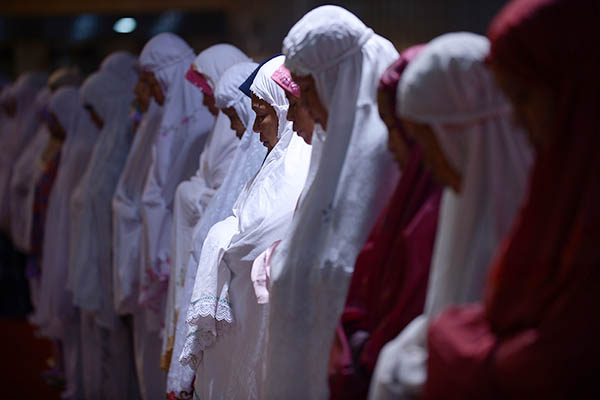 Tens of millions across the Muslim world fast from dawn to dusk and strive to be more pious and charitable during the month, which ends with the Eid holiday. But Ramzan began in war-torn Afghanistan with a bomb blast, and there was tight security in parts of the southern Philippines after deadly clashes with Muslim rebels. In Indonesia, which has the world’s biggest Muslim population, hardliners use Ramzan as an excuse to attack nightspots and shops that openly sell alcohol, the consumption of which is against Islamic law.

There were fears the situation could be worse this year after a recent upsurge in attacks on religious minorities and non-mainstream Muslims. Critics say hardliners such as the Islamic Defenders Front (FPI) have been emboldened by the government’s failure to crack down on them and to prevent such attacks.

In the days before Ramzan, there were already reports that the FPI—who led protests that forced pop star Lady Gaga to cancel a concert in Jakarta last year—had started conducting such raids. “We will take firm action against the circulation of alcohol, naked dancing, and prostitution,” Habib Idrus Algadri, head of an FPI group in Depok district outside Jakarta, was quoted as saying in a local newspaper. He was leading a group of FPI members who seized bottles of alcohol from a shop at the weekend.

Habib Salim Alatas, the head of the FPI’s Jakarta branch, said that 50 members would be sent out to monitor nightspots in the capital every evening. “We will send out groups of two to three wearing civilian clothes to spy on sinful activities like the drinking of alcohol taking place around Jakarta during Ramzan,” he said.

Authorities have also been making a show of cracking down on the illegal sale of alcohol. At the weekend police in Jakarta used a steamroller to crush thousands of bottles of homemade alcohol that was being sold in places without licenses, as well as destroying pornographic and pirated DVDs.

For non-Muslims and others in Indonesia who drink alcohol, getting a beer during Ramzan can be a challenge as some bars only want to serve customers they know for fear of being targeted by hardline spies. Some stop serving alcohol, while others try to keep hardliners away by putting blinds on their windows, serving drinks in mugs instead of glasses, and asking customers to sneak in through side doors.

The start of Islam’s holiest month brought no let-up in Afghanistan’s long-running conflict, with three civilians killed and two others wounded in a Taliban roadside bombing in the southern province of Helmand, authorities said. The interior ministry said that two dozen rebels had been killed in operations across the country over the past 24 hours.

In the Catholic-majority Philippines, there was tight security at the start of Ramzan in southern Muslim-populated areas after weekend clashes between troops and Islamist rebels left eight dead. Before Ramzan began, authorities ordered a halt in military operations against a rebel splinter group that is seeking to derail peace negotiations between the country’s largest Muslim guerrilla force and Manila.

In Malaysia, people were looking forward to breaking their fast at markets in a country whose multiethnic makeup—it is Muslim-majority but has sizeable Chinese and Indian communities—is reflected in a vast and varied selection of food.

Ramzan has yet to start in some Asian countries with large Muslim populations, including Pakistan and India, where the holy month will commence from Thursday.