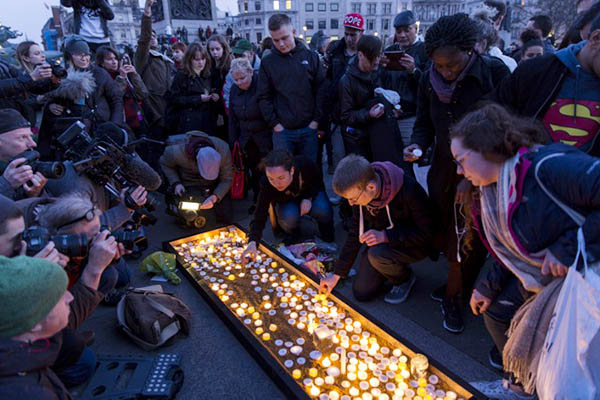 Militant group says in statement attack was carried in response to calls to target coalition countries.

The Islamic State group has claimed responsibility for an attack in London that killed three people, the Amaq propaganda agency linked to the jihadist organization said on Thursday.

The claim marks the first time the group has taken responsibility for an attack in Britain. “The perpetrator of yesterday’s attack in front of the British parliament was a soldier of the Islamic State and the operation was carried out in response to calls to target coalition countries,” Amaq said citing a “security source.”

Britain is a member of the U.S.-led coalition fighting I.S. in Iraq and Syria that the jihadist group has urged its followers to target with attacks. The London assault on Wednesday afternoon saw the perpetrator ram a car along the pavement on Westminster Bridge, a busy traffic route that is also a popular tourist spot with its views of parliament and its Big Ben clock tower.

After ploughing down several people on the bridge, the attacker crashed the car into the railings outside parliament and then tried to enter the building, stabbing a policeman with a large knife. Armed officers shot the attacker dead. The attack killed two members of the public and a police officer, and at least 30 people were wounded.

Seven people were in critical condition after suffering “catastrophic” injuries.

British Prime Minister Theresa May said Thursday that the attacker was “British born” and had been investigated “some years ago… in relation to concerns about violent extremism.”

The London attack came a year to the day after suicide attacks claimed by I.S. killed 32 people and wounded more than 340 others in Brussels.