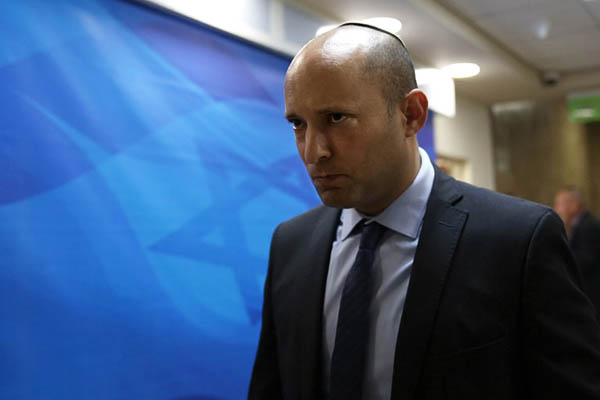 Israeli Education Minister Naftali Bennett said on Wednesday the idea of a Palestinian state was over after Donald Trump’s election as U.S. president, calling for an end to what has been the basis of years of negotiations.

“Trump’s victory is an opportunity for Israel to immediately retract the notion of a Palestinian state in the center of the country, which would hurt our security and just cause,” Bennett, who heads the hardline Jewish Home party, said in an apparent reference to the occupied West Bank. “This is the position of the president-elect … The era of a Palestinian state is over.”

Justice Minister Ayelet Shaked, also of Jewish Home, called on Trump to follow through on his promise to move the U.S. embassy from Tel Aviv to Jerusalem, in a break with the consistent policy of successive administrations, Republican as well as Democrat.

Deputy Foreign Minister Tzipi Hotovely, from Prime Minister Benjamin Netanyahu’s right-wing Likud party, also called for the embassy to be moved, as did Jerusalem Mayor Nir Barkat. There was no immediate reaction from Netanyahu himself.

The prime minister caused controversy when he ruled out a Palestinian state ahead of a 2015 general election, but later backtracked and has since expressed support for the two-state solution. The status of Jerusalem is one of the most difficult issues in the Israeli-Palestinian conflict.

The Palestinians see east Jerusalem as the capital of their future state, while the Israelis call the entire city their eternal indivisible capital. Trump has pledged to recognize Jerusalem as Israel’s capital.