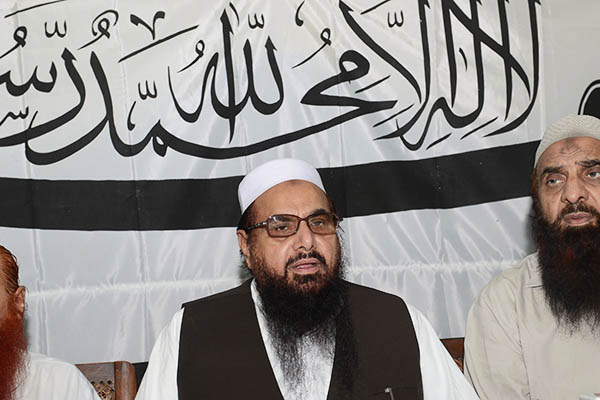 An Anti-Terrorism Court on Thursday convicted Jamatud Dawa leader Hafiz Saeed in two cases of terror financing, sentencing him to 10 years’ imprisonment and a fine of Rs. 110,000.

Saeed is already in jail serving two sentences of five-and-a-half-years each, which were handed to him in February. The new sentences will be served concurrently, meaning he will not serve any extra jail time beyond his 11-year sentence.

“An Anti-Terrorism Court in Lahore sentenced 10-and-a-half years imprisonment to chief of Jamaatud Dawa Hafiz Saeed, his deputy Zafar Iqbal, and spokesman Yahya Mujahid on charges of terror financing,” Saeed’s lawyer Imran Fazal Gill told Reuters. “Since the convict has already been convicted … by this court vide judgment dates 12.02.2020, so the punishment awarded to him in this case shall also run concurrently with punishment in said cases,” read the court order, according to Reuters.

Authorities in Pakistan launched a crackdown against the Jamaatud Dawa head and his cohorts last year after the Paris-based Financial Action Task Force warned that Islamabad could be blacklisted if it did not act to curb terror financing and money laundering. The government has since banned Dawa and the Falah-e-Insanyat Foundation—the “charitable” arm of Saeed’s organization.

Saeed’s lawyer has alleged that his client was convicted under FATF pressure.