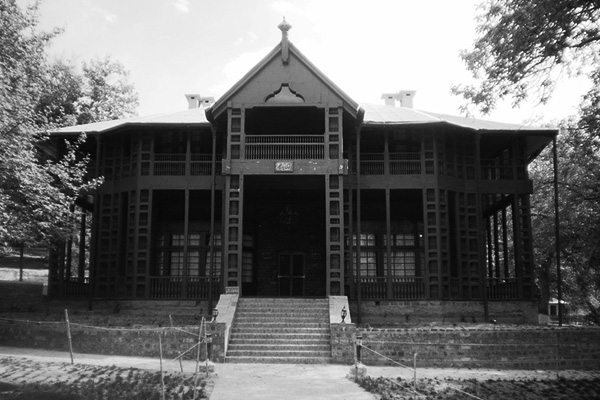 A rocket attack in Balochistan province killed a policeman and damaged an historic building used by Pakistan’s founder, Jinnah, as a summer retreat.

Unidentified people attacked the Quaid-e-Azam Residency in Ziarat district late last night at 1:45 a.m., local administrator Nadeem Tahir told Newsweek. “Three to four missiles were fired,” he said, adding that the wooden, double-story residence had caught fire and was gutted. The blasts have also damaged nearby houses, Tahir said, but all residents have been safely evacuated. Another policeman confirmed the attack and added that the rockets had likely been fired from nearby mountains.

Ziarat is a small district and does not have its own fire-fighting gear so personnel of the Frontier Corps and policemen have been trying to extinguish the flames, according to Tahir.

The bombing was the first such attack in Balochistan since its new chief minister, Dr. Abdul Malik, took oath of office. Last week, five suspected militants were killed during crossfire with security forces in the provincial capital, Quetta.

The Quaid-e-Azam Residency is a national heritage site and was open to the public. Jinnah recuperated at the house in 1948 while suffering from lung disease.

Utterly Sad! Now they want to target out national heritage too.

This is debilitating! Why would anyone want to attak a national hertigae site with rockets is totally out of sense.