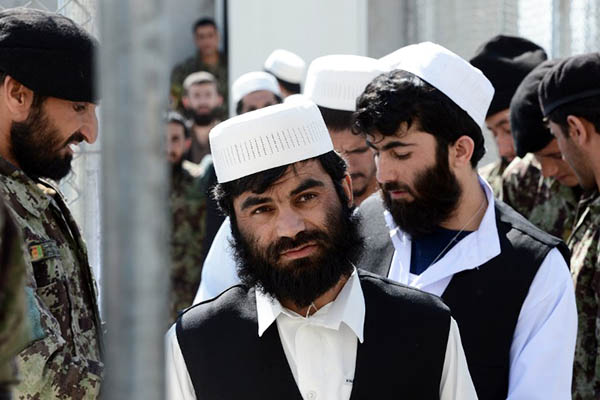 Afghanistan said Monday it expects to release within two weeks the first batch of alleged Taliban prisoners that the U.S. says perpetrated dozens of NATO and Afghan deaths.

Kabul announced on Jan. 9 that a total of 72 detainees held at the Bagram Jail would be freed due to lack of evidence, and an official said on Monday that 37 were to be released initially. The U.S. military force in Afghanistan condemned the news of the releases, saying the prisoners were “dangerous insurgents” who had “Afghan blood on their hands.”

The issue threatens to further strain U.S.-Afghan relations, amid pressure for the two countries to sign a long-delayed security deal allowing some American soldiers to stay in the country after 2014.

Abdul Shukur Dadras from the government body that reviews detainees at Bagram, which was previously run by U.S. forces, said 37 prisoners would be released soon. “Their dossiers are reviewed, completed and we have ordered their release,” he said. “They will be released from the prison after the required technical and security procedures are completed. This will, I think, take more than one week and less than two weeks.” Dadras also said the review of the remaining prisoners was continuing.

Amid resurgent Taliban violence, U.S.-Afghan relations are strained over a number of issues including President Hamid Karzai’s refusal to sign a pact governing Washington’s future military role in Afghanistan. “The ARB (Afghan Review Board) is releasing back to society dangerous insurgents who have Afghan blood on their hands,” the U.S. military in Afghanistan said in a statement.

It said 17 of those about to be freed were linked to improvised explosive device attacks, the deadliest of the Taliban’s weapons, while others were connected to the deaths or wounding of 11 Afghan and 42 U.S. or coalition soldiers.

Bagram was the main detention center housing Taliban and other insurgents captured by the Western military forces until it was transferred to Afghan control last year. After taking control of the facility, Karzai appointed the ARB to investigate and reassess the detainees there.

On Saturday Karzai said Bagram, while under U.S. administration, was “a Taliban-making factory”—indicating it turned Afghans against their government.