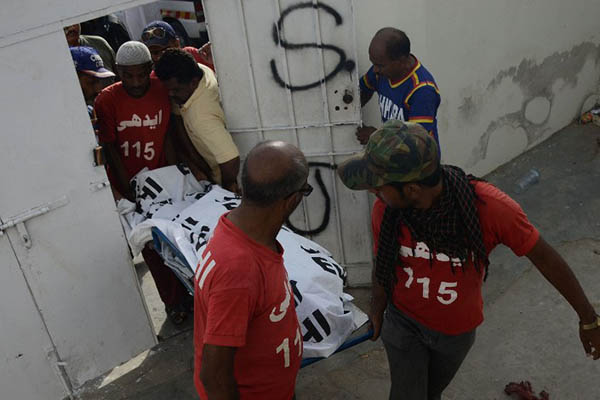 Police on Saturday foiled an attack on a senior counter-terrorism official and killed four militants in Karachi.

“Militants started chasing me in a vehicle and a motorbike as I left home with a police escort,” said Rao Anwar, who has survived at least two other attempts on his life. He said militants opened fire as police intercepted the car and bike. The police also retaliated, killing one of the militants on the spot.

He added the three others ran away but police killed them later in an exchange of fire.

Another senior police official, Najeeb Khan, confirmed the incident and said the militants who belonged to Tehreek-e-Taliban Pakistan (TTP) were wanted for several attacks on law enforcement agencies in Karachi. It was the second attempt on Anwar in little over a month. He survived a gun and grenade attack in early May in which five of the attackers were killed.

A suicide bomber also attacked Anwar in April 2012 while he was traveling home from his office. Four of his security personnel were killed in that incident.

As the top counter-terrorism police officer in Karachi, dozens of TTP militants have been killed in operations under his command in the past few months, according to local officials.

Police and paramilitary Rangers have been carrying out a major cleanup in the city since 2013, which has reduced the level of violent crime.

Karachi, Pakistan’s economic heart and home to some 18 million people, is rife with criminal, ethnic, political and sectarian killings that claim hundreds of lives each year.

In the second incident, he said two gunmen riding a bike entered a welding shop and shot dead two people, adding three others were wounded, including a Baloch.

No group immediately claimed responsibility for the attack but Baloch separatists demanding more autonomy and control over the province’s natural resources have frequently targeted non-Baloch people and security forces.