by AFP and Newsweek Pakistan September 9, 2014 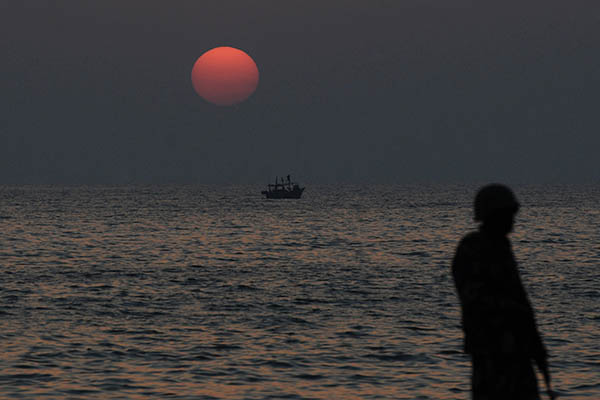 An officer and six sailors were also wounded in the attack early Saturday on the high security facility, a navy spokesman said, adding that four attackers had been captured alive. After interrogating the suspects, the navy said in a statement that intelligence agencies had carried out raids to arrest suspected collaborators and accomplices and had recovered “a large quantity of arms and ammunition.”

The Pakistani Taliban on Tuesday claimed responsibility for the attack, claiming they had inside help. “We claim responsibility for the attack on the navy in Karachi,” said spokesman Shahidullah Shahid. “We had support from inside the naval force for this attack. This operation was successful because of this support. We will continue targeting security forces like this in future also,” he added.

A naval intelligence officer, speaking on condition of anonymity, claimed the news of the attack had not been released over the weekend because of fears the media would use it to malign the security arrangements. “The naval staff kept the incident hidden from media because [they thought] the media would portray the involvement of insiders in the attack as a failure of the navy’s security arrangements,” he added.

The Taliban have already threatened a bloody response to a military offensive against insurgents in North Waziristan. Pakistan’s military launched the offensive in mid-June shortly after a brazen attack on Karachi airport that left dozens dead and extinguished a largely fruitless peace process with the Tehreek-e-Taliban Pakistan (TTP).

The weekend raid was the latest in a series of high-profile attacks on key installations by the Taliban in recent years, including an 2011 assault on a naval base, also in Karachi, and on the military’s headquarters in 2009.