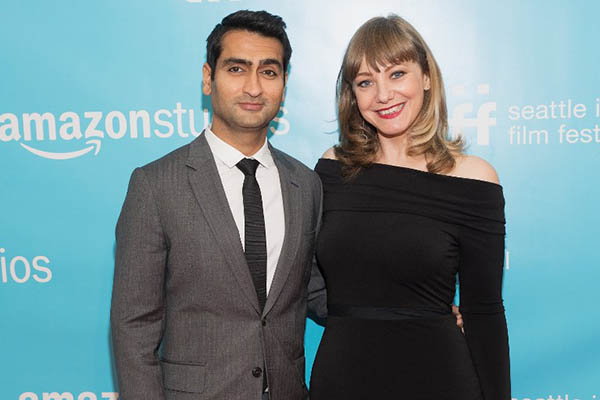 Growing up in Pakistan’s chaotic megacity of Karachi, Kumail Nanjiani never imagined he would one day star in a Hollywood rom-com, let alone be a leading man in Donald Trump’s America. The Big Sick, opening in selected cinemas on June 23, brings to the big screen the real-life story of how the 39-year-old comedian met and fell in love with his American wife, Emily Gordon.

It narrates their courtship, Nanjiani’s strict Muslim parents trying to set him up with an arranged marriage and Emily falling gravely ill, forcing him to take charge and build a relationship with her parents.

Nanjiani and Gordon co-wrote the script and filmed the movie long before Trump’s election, but the president’s attempts to ban visa-holders from certain Muslim countries, has given the film renewed potency. Its challenge of stereotypes in U.S. popular culture, portraying Muslims as regular people rather than terror suspects or fighters, has taken on even greater significance than initially intended.

“Obviously it would be great if our movie came out and people didn’t see it as a political statement because it really isn’t. It is just a love story and a comedy,” Nanjiani was quoted as saying by Variety at the Los Angeles premiere.

The movie premiered at the Sundance Film Festival, ironically on the day of Trump’s inauguration, and Amazon acquired the distribution rights for a reported $12 million, allegedly one of the biggest deals in Sundance history.

Nanjiani, who plays a tweaked version of himself, stars opposite Zoe Kazan as Emily, and Ray Romano and Holly Hunter as her parents.

The son of strict Muslim parents from Pakistan’s teeming business capital on the Arabian Sea, Nanjiani moved to the United States to study at Grinnell, a liberal arts college in Iowa in 1997. He got into comedy at university, and after graduation moved to Chicago, where he worked in computer science by day and performed stand-up gigs at night.

He likes to say that he was inspired to get into comedy by British actor Hugh Grant’s best-man speech in 1994 film Four Weddings and a Funeral. But if Grant personifies a certain type of stuttering Englishman, Nanjiani has joined a stable of U.S. comedians treading ground more commonly associated with public intellectuals than gags for laughs.

At a stand-up performance in New York to promote the movie, he joked about the difficulty of getting U.S. citizenship, getting racist abuse on Twitter and being able to vote in last year’s election—“It really made a huge difference!”

“People are like ‘go back to India!’ I’ve never been to India,” he deadpanned, claiming he fantasized about being able to rescue a racist from danger to “see the awkward look on their face.”

The venue, just off Times Square, was nearly full. Pre-release publicity has sent Nanjiani’s profile soaring from his previously most prominent role as Dinesh, an information technology geek on HBO series Silicon Valley.

When he returned to Grinnell to deliver the commencement address last month, he spoke of being heckled with racist abuse at gigs and rejected at auditions for not being “American” or “good looking” enough. “Have sex with an immigrant, we’re going through a tough time right now and it would just be really great for morale,” he joked.

Nanjiani takes his politics to Twitter, urging his 1.4 million followers to defend Obamacare, condemning the White House for rolling back federal protections for transgender students and slamming the attempted travel ban. Neither is he only U.S. comedian of a Muslim South Asian background with a soaring profile. Hasan Minhaj, a first-generation Indian-American has a stand-up special tackling immigration on Netflix and hosted the 2017 White House Correspondent’s Dinner that Trump chose to snub. Aziz Ansari, the most famous of the three, similarly tackles casual racism, immigration and cross-cultural relationships in his own Netflix project Master of None, a series about a 30-something actor in New York.

But however polarized the United States may feel, America may be the only place where Nanjiani could have achieved such comedic success.

Husain Haqqani, a former Pakistani ambassador to Washington and now fellow at the Hudson Institute think tank, sees Nanjiani’s success as “proof that individuals of all communities and countries can do well when they have the opportunity.”

“Pakistan spends more on weapons than on education, has one of the highest out of school population of school-going age children in the world and allows jihadis to flourish rather than encouraging talented people like Kumail,” he told AFP.