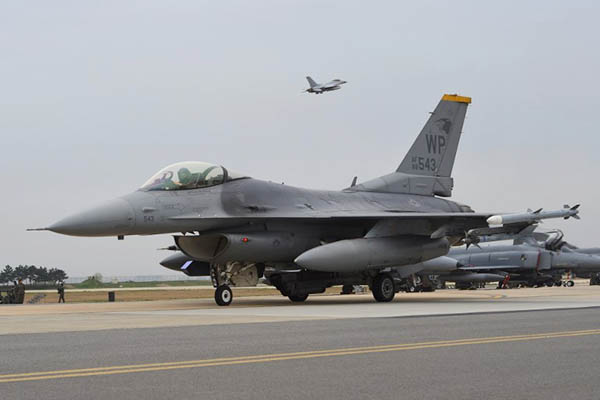 Indian air force does not currently use F-16s, but industry experts say local production could boost efforts to utilize it

The fighters are of the Block 70 type, “the newest and most technologically advanced F-16 ever,” they said. “The F-16 Block 70 is ideally suited to meet the Indian Air Force’s single-engine fighter needs and this unmatched U.S.-Indian industry partnership directly supports India’s initiative to develop private aerospace and defense manufacturing capacity in India,” said the statement, released on the Paris air show’s opening day.

The Indian air force does not currently use F-16s, but industry experts say that local production would be a strong argument in favor of the U.S. plane against its rivals, including French company Dassault’s Rafale, in future procurement decisions.

India in 2016 agreed to buy 36 Rafale combat planes for around eight billion euros. Accompanying that deal was a partnership agreement between Dassault and India’s Reliance Group and a promise by Dassault to invest about half of the value of the contract in India. The French company recently said it was in talks for India to buy at least 50 more.

India, the world’s top defense importer, is conducting a $100-billion upgrade of its Soviet-era military hardware, facing border disputes with its northern and western neighbors, China and Pakistan. Prime Minister Narendra Modi has moved to reduce India’s reliance on expensive imports and called for the manufacturing of defense equipment locally.

Modi’s government has raised the limit on foreign investment in the defense sector and encouraged tie-ups between foreign and local companies.

The announcement comes a week before Modi visits Washington for talks with President Donald Trump, who has been putting pressure on American companies to keep production at home. The multi-role F-16 has been in production since 1978, with Lockheed so far producing a total of 4,500 units of the aircraft of which 3,200 are currently in service.