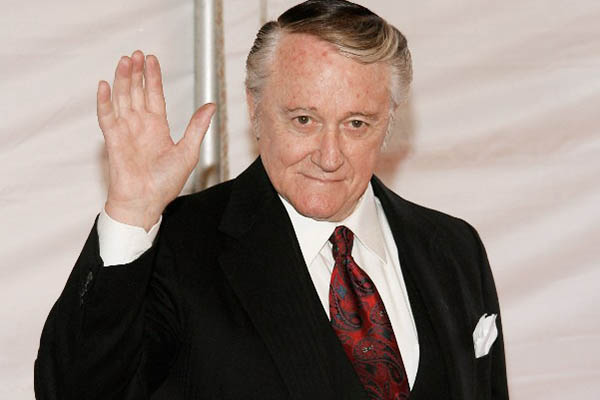 The veteran actor was suffering from acute leukemia at the time of his death.

Robert Vaughn, best known for his role as Napoleon Solo on the hit U.S. television spy series The Man from U.N.C.L.E died on Friday of acute leukemia aged 83, his manager said.

“Mr. Vaughn passed away [in New York] with his family around him,” Matthew Sullivan told entertainment magazine Deadline Hollywood.

The actor is survived by his wife Linda, son Cassidy and daughter Caitlin.

Born in New York to show business parents, Vaughn first gained attention for his Oscar-nominated role in the 1959 movie The Young Philadelphians. A year later, he starred as an on-the-run gunman in the popular Western movie The Magnificent Seven.

But though the actor acquired a lengthy list of credits in movies, he gained real star power for his roles on television, notably as the suave and cool Napoleon Solo—the television version of James Bond—in The Man from U.N.C.L.E.

The series, which ran from 1964 to 1968, was one of the most popular shows of the 1960s and turned Vaughn into an international star. After the series ended he returned to the big screen, starring in a number of movies, including opposite Steve McQueen in Bullitt, before returning to television.

More recently, he played a con man on the British series Hustle and appeared briefly in 2012 in the British soap opera Coronation Street.