McDonald’s to Shut 169 Outlets in India 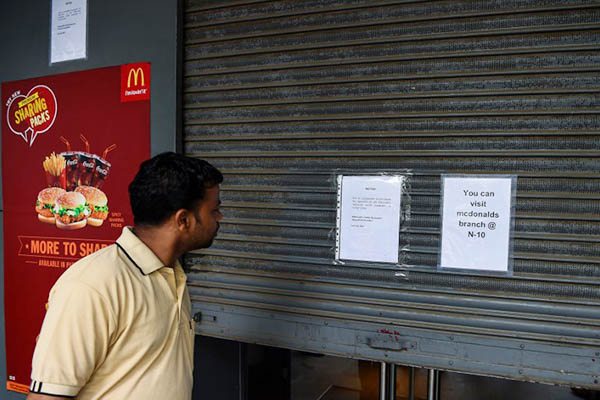 McDonald’s said on Monday it is shutting 169 restaurants in India after a legal row with a local franchise operator.

The fast food chain’s Indian subsidiary said it was terminating its agreement with Connaught Plaza Restaurant Ltd. (CPRL), alleging breach of contract and payment defaults. The move means all McDonald’s outlets in north and east India including the capital New Delhi will close, although the company said it would look for a new partner.

McDonald’s outlets will remain open in south and west India, where it uses a different franchise operator. “We have been compelled to take this step because CPRL has materially breached the terms of the respective franchise agreements relating to the affected restaurants,” the company said in a statement.

McDonald’s shut over 40 of its restaurants in Delhi in June after they failed to renew their eating house licenses, a police registration to operate a place of public entertainment.

The fast food restaurant market in India is worth some $1.5 billion and growing at around 15 percent a year, according to Delhi-based consulting firm Technopak. With a population of 1.25 billion, more and more of whom have the money to eat out, India is an attractive market for foreign fast-food firms. But foreign operators must have a local partner to operate and the process can be highly bureaucratic, with restaurants needing an average of 50 licenses to operate.

Major multinationals such as Coca-Cola and McDonald’s were effectively locked out of India until as late as the mid-1990s before the government began to open up the economy.

Executives at CPRL could not immediately be reached for comment.

Company chief Vikram Bakshi told the Press Trust of India news agency that CPRL was considering what legal recourse was available. “This is a completely contemptuous, malafide and yet another oppressive act indulged in by the McDonald’s,” Bakshi was quoted as saying.