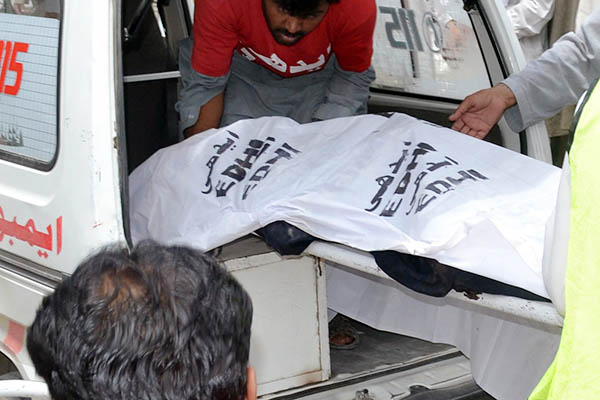 Haji Abdul Razzaq Baloch’s body was recovered from the outskirts of Karachi.

A body found dumped on the outskirts of Karachi was Thursday identified as that of a journalist who went missing in a restive part of the city five months ago.

Two bodies were found Tuesday in the west of the city, Pakistan’s sprawling, violent economic heart, and a piece of paper found on one suggested he was missing journalist Haji Abdul Razzaq Baloch.

But the body, which bore torture marks, was so disfigured that relatives needed several visits to the mortuary to confirm the identity.

“His face was not recognizable but his arms and feet made us recognize his body,” said Saeeda Sarbazi, Razzaq’s sister.

Razzaq, an ethnic Baloch, was a subeditor at the daily Tawar (Voice), a Balochi-language daily, who went missing in March.

Family sources said he was abducted in a part of Lyari Town, the district of Karachi worst affected by the ethnic and political gang warfare that plagues the city.

Earlier this year the media campaign group Reporters Without Borders wrote to the Pakistani government urging it to end “abuses” by state intelligence agencies accused of abducting and killing journalists.