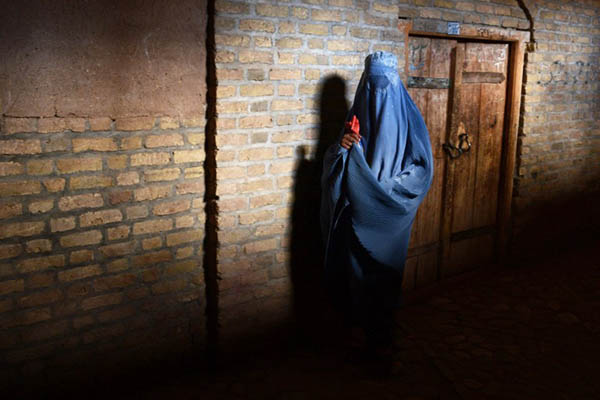 As Americans prepare to leave Afghanistan after 19 years of virtual stalemate, the Taliban have made clear they will not accept any interim truce of “talks” with the Afghan government. Why should they talk to a government that is doomed? The endgame is obvious and open to all those sitting on the fence in Kabul, such as Gulbuddin Hekmatyar, who recently announced his decision to leave his “agreed” coexistence with the government of two clashing leaders—Pashtun President Ashraf Ghani and Tajik Chief Executive Abdullah Abdullah—and that he was ready to talk power-sharing with the emerging alternative of the Taliban.

The Taliban ruled Afghanistan with the kind of religious hubris only an illiterate society could stomach. After the Soviets left, they imposed Islam on Afghanistan and brutalized the population, especially women, and balefully influenced the Islamic state-in-chrysalis Pakistan into imitative misdemeanor from which it is struggling to come out. Under the Taliban, women simply could not come out unless accompanied by a male guardian and there was no question about their getting any kind of education. The Taliban prohibited women from holding jobs, including working as doctors for other women. Except, of course, when they helped in poppy cultivation and opium harvesting.

The post-Taliban constitution in 2004 gave Afghan women all kinds of rights that significantly improved their socioeconomic condition. Post-Taliban, the regime had constructed 3,135 functional health facilities by 2018, giving 87 percent of Afghan people access to a medical facility within two hours’ distance—at least in theory. The Taliban attacked the facilities, making travel on roads increasingly unsafe. In 2003, fewer than 10 percent of girls were enrolled in primary schools; by 2017, that number had grown to 33 percent. Female enrollment in secondary education grew from six percent in 2003 to 39 percent in 2017. Thus, 3.5 million Afghan girls were in school with 100,000 studying in universities.

Male sadism directed at women is exemplified in the Afghan male, which is also being imitated these days in Pakistan, the backtracking neighbor telling the Taliban not to let go of the male paradise Afghanistan once was under their rule. What chance is there that women will be spared punishment for having accepted “freedom” under the “slavery” imposed by the Americans: 76 percent of them live in villages where the war has not ceased even as the Taliban negotiate with the Americans in Doha.

Next-door Pakistan is showing Taliban the way back to where they were before the Americans came. It is going to revamp its education and create something the Taliban would love as “uniform curriculum,” and banish the evil of English-medium schools run for the rich. What is more, Pakistan has signaled the end of its false truce against Shia Muslims, with PTI partners Chaudhry Shujaat Husain and Parvez Elahi introducing in the Punjab Assembly a bill mandating reverence of Sunni saintly personalities traditionally traduced by the Shia. In Karachi, the campaign for the “correction” of the Shias has actually started. This will inspire the Taliban when they rule in Afghanistan once again with an eye cocked at the Shia community of central Afghanistan, the Hazara, whose women will be “free ration” for the liberated libido of the Taliban.

Amnesty International once counted the number of Afghans who had to leave their homeland during 40 years of war—and women suffered most of what was coming: “More than 400,000 Afghans fled the violence of the Communist-led Tarakai and Amin government, crossing over into Pakistan. The numbers progressively swelled after the Soviet invasion on Christmas Eve in 1979. By the end of 1980, there were more than four million Afghan refugees in Pakistan. Over the next four years, that number grew further still, with more than five million refugees in Pakistan and Iran.

“Afghan refugees represent one of the world’s largest protracted refugee population. Over the past four decades, many have been forced from their homes to never see them again. Some were able to return, for a while, but had their lives upended by a fresh eruption of conflict and violence—either to be displaced elsewhere in the country, or to become refugees yet again. There are refugee camps where successive Afghan generations have lived, long forming part of the local fabric of society, and yet they have been denied their rights, demonized and constantly threatened with deportation.”

Pakistan might be preparing itself for the next Afghan deluge by “Islamizing” itself through rising anti-Shia vitriol. This is more likely than the Afghan refugees—mostly women and children—going to Europe through Turkey. Europe has already alerted its borders against the advent of an Afghan migration after the Americans leave and the Afghan government of Ashraf Ghani is kicked in the butt amid Pakistani applause by the Taliban—to say nothing about Islamic State (normal) and Islamic State (Khorasan) and numerous other militias from central Asia dreaming of Afghanistan as a utopia in which women have to be tamed further according to sharia which only men can make.

In December 2019, Time magazine reported: “As in all war-torn societies, women suffer disproportionately. Afghanistan is still ranked the worst place in the world to be a woman. Despite Afghan government and international donor efforts since 2001 to educate girls, an estimated two thirds of Afghan girls do not attend school. Eighty-seven percent of Afghan women are illiterate, while 70-80 percent face forced marriage, many before the age of 16.”

Pakistan is putting up a wire-fence on the Durand Line while the Taliban—Afghan and Pakistani alike—take potshots at the soldiers assigned to erect it. Yet when refugees flee the exemplary bravery of those Islamic soldiers, it would be the children and women who suffer most sitting next to the barbed wire. Maybe the rapists of Pakistan—whose population is increasing exponentially—would benefit as the stricken Afghan refugees arrive once again. The women of Pakistan are already suffering assaults in the cities where the muezzin dutifully calls out from the minarets.